A good start is always crucial in fantasy football and so it’s important to consider a number of factors when it comes to picking your squad to start the season in Dream Team.

There are a number of players who, if you snap them up early-doors in Dream Team, should see the points come flooding in and give you the perfect start to the season. 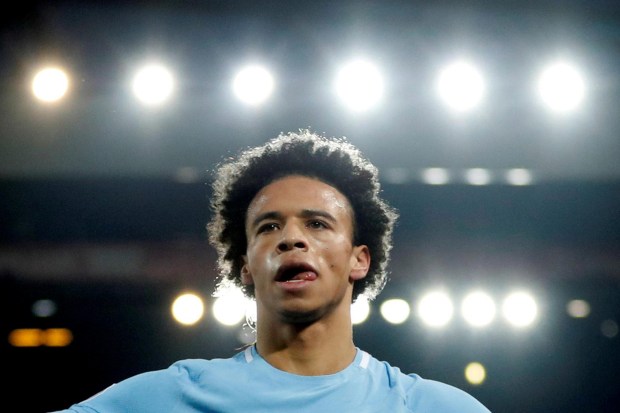 The impressive performances of Mane went somewhat under the radar last season.
Whilst Mohamed Salah was stealing all the headlines, the Senegalese international was proving to be a vitally important player for the Reds.

As Senegal were bounced out in the World Cup group stages, Mane will also get a substantial pre-season schedule behind him.

With Salah still nursing the effects of his shoulder injury, and Roberto Firmino set to join his teammates later due in his involvement in the World Cup, Mane could be a smart choice in fantasy football.

Liverpool will also enjoy a favourable start to the season of any team, facing West Ham, Crystal Palace and Brighton in their first three matches.

At £6m, Mane is one of the most expensive players in the game, however he will almost definitely be worth it.

The Liverpool man is also listed as a midfielder on this year’s fantasy football game, which makes him even more enticing for Dream Team managers.

Aubameyang joined Arsenal in the January window last season and took to life in the Premier League like a duck to water.

The Gabon striker scored ten goals in 13 league appearances and whetted the appetites of Gunners fans for the season ahead.

Aubameyang was however cup-tied for Arsenal’s Europa League campaign, where he was absence was drastically felt.

The 29-year-old is eligible to play in all competitions this season and will no doubt have a point to prove in the Premier League and in Europe.

Arsenal’s record-signing has also been in ominous form during pre-season, scoring a hat-trick after just 16 minutes in one friendly.

Aubameyang is a relative steal at just £5.5m in Dream Team and so it could be wise to snap him up before his price inevitably rises during the season,

Sessegnon rapidly became one of Europe’s most exciting young talents after his eye-catching performances for Fulham last season.

The 18-year-old was perhaps unlucky to miss out on a spot in Gareth Southgate’s England squad and will finally have the chance now to prove his talents on the biggest stage.

Sessegnon is an enticing prospect at just £2.5m for those Dream Team managers looking to take a cost-effective gamble.

If the youngster replicates his impressive form from last season, his price will increase drastically throughout the campaign.

To the disappointment of many who were hoping to be able to pick up Sessegnon as a defender, the Fulham man is actually listed as a midfielder on this year’s fantasy football game.

Sanchez really failed to impress after his move from Arsenal in January last season.

United’s No7 endured a difficult start to life at Old Trafford as the weight of his hefty wage-packet seemed to hold him down.

Sanchez however is the type of player to thrive off such pressure and will be determined to prove his doubters wrong this season.

The Chilean international will be fully rested after a full summer off as Chile failed to make it to the World Cup.

Sanchez is expected to feature heavily for United at the start of the season, especially during Romelu Lukaku’s extended post-World Cup break.

At just £5m, the former Arsenal man looks like a smart choice for Dream Team managers.

United will be hoping that the well-needed rest and recovery for their big-investment will see Sanchez produce his best performances this season.

Van Dijk is set to be the main defensive lynch-pin in a now formidable looking Liverpool side.

The Dutchman arrived from Southampton in January for a world-record transfer fee for a defender and his impact was felt immediately.

The 27-year-old added much needed defensive steel and left Reds fans regretting that he wasn’t their player for the whole season.

At just £4m, the towering defender is a must have for your Dream Team this season.

Van Dijk’s immense aerial presence makes him a real goal-threat from set-pieces, and he is also now more likely to keep clean-sheets with the new arrival Alisson behind him.

Liverpool’s favourable start to the season will also play a part in van Dijk’s potential to keep clean-sheets right from the start.

Liverpool fans have rejoiced at the signing of Roma’s Brazilian goalkeeper Alisson for a world-record transfer fee.

The 25-year-old is expected to finally be the answer to Liverpool’s torrid spell of goalkeeper signings in recent years.

Alisson not only had an impressive season for Roma, helping to guide them to the Champions League semi-finals, but he also dislodged Man City’s Ederson from Brazil’s starting eleven at the World Cup.

His impressive shot-stopping abilities and his excellent distribution, similar to his countryman Ederson, are likely to prove invaluable for Jurgen Klopp’s side this season.

Alisson is yet to be priced up in this season’s fantasy football game, but he is estimated to cost somewhere in the region of £3.5m, judging by the prices of Thibaut Courtois and Ederson.

Sane suffered a disappointing blow when he was omitted from Germany’s 23-man squad for the World Cup in Russia.

Despite ending last season with ten Premier League goals and fifteen assists, helping him to be named the PFA Young Player of the Year, the Man City man failed to make the cut for his national team.

His omission is however good news for City fans, as now their lightning-quick winger has had a full summer break and in turn, has had plenty of time to recover from his exploits last season.

Available for just £5m, Sane is also listed as a midfielder on this year’s fantasy football game which makes him a smart choice for Dream Team managers on the hunt for goal-scoring midfielders.

Whilst the new season doesn’t get underway until August 11 you can already pre-register for the Dream Team game here.

If you’re an existing Dream Team player you can now pre-register for new new game online and on the app.

Once you’ve followed the link above simply click on this banner to complete the process.