Which means it’s time to give your fantasy football some serious love before the curtain closes on another season. 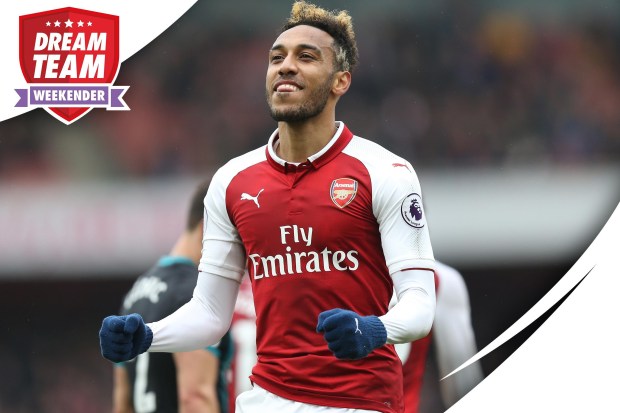 There’s only FIVE more Gameweeks left to go and just one more chance to make changes to your Dream Team, with three more transfers available at the start of May.

If you need that final little push to secure the top spot of your mini-league, then here’s five players you really need to consider snapping up who are guaranteed to snag you some serious points.

Not only do Liverpool have a fairly favourable run-in as the season reaches it’s finale, but they also have a potential Champions League final to think about.

Stoke, Chelsea and Brighton are the Reds final three Premier League opponents, while there’s that second-leg of the semi-final with Roma next week.

So why not go for Van Dijk, who’s notched 92 points since joining from Southampton in January and has been the catalyst for their defensively sound second-half of the season.

We absolutely love this guy here at Dream Team.

Milivojevic has been one of the hidden gems of fantasy football this season, having notched nine goals since the start of December and has averaged five points a game since February.

That includes three eight-point returns in a row.

LISTEN @CPFC midfielder Luca Milivojevic speaking to me ahead of the Eagles clash with Leicester on @talksport2 on Saturday https://t.co/tH15CQLvE6 (audio thanks to @samuelmharris ) pic.twitter.com/PdHTCsLLQa

If Palace are going to stay up this season, they’ll certainly be looking to this guy for inspiration.

They’re currently six points ahead of the drop-zonem with games against Leicester, Stoke and West Brom on the horizon.

You won’t find a player in the current top four who’s a bigger bargain than this guy at the moment.

And what’s more, Herrera could rake in the points as Man United reach the climax of their season.

He was on target against Spurs at the weekend, nabbing the winner in their hotly contested semi-final clash.

We are in the final, big character from the whole team 🔴 pic.twitter.com/PrLWorluIE

He’ll be an important figure in the Cup final against Chelsea as well.

Remember how great he was in the Europa League final last season?

Loves a final, this guy.

But his ability to find the back of the net in the Premier League more than makes up for his absence.

So far, Aubameyang’s managed six goals in the league and will be one of the favourites for next season’s Golden Boot.

Im you’re last signing but since I’m here I’m proud to be your player Boss thanks for everything #merciarsene #legend pic.twitter.com/1SR7q4qKTA

In the meantime, we fancy picking him for our Dream Team, with the Gunners facing old foes Man United at Old Trafford before taking on Burnley, Leicester and Huddersfield.

Who else but Harry?

This guy’s gunning for a third Premier League Golden Boot award and – even though he’s currently trailing top-scorer Mohamed Salah – we wouldn’t bet against him.

Kane netted seven goals in the final two games of last season to snatch the gong away from Romelu Lukaku and what’s betting he goes in a similar goal-scoring frenzy this term?

Knew I could rely on a fellow striker. Definitely mine! ⚽👍 https://t.co/X1CFsIB7on

With that in mind, plus the fact that Liverpool might want to give Salah a little bit of a rest for their Champions League run, we reckon a goal-hungry Kane is exactly the sort of guy you need in your Dream Team as we ride into the sunset of the season.