There goes another fine weekend of fantasy football, following some rip-roaring fixtures in the Premier League and FA Cup.

Man United, Spurs, Chelsea and Southampton are through to the semi-finals of everyone’s favourite cup competition, while Mohamed Salah (once again) made the headlines by scoring FOUR goals against Watford. 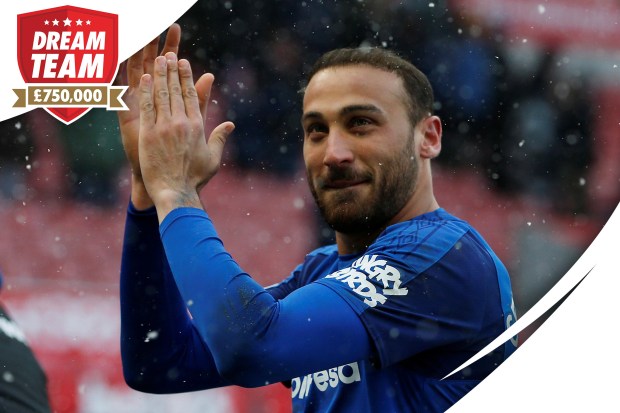 But what else did we learn from Gameweek 29 and how can we apply it to Dream Team?

If you haven’t so done already, then you should probably transfer out the likes of Alexis Sanchez, Paul Pogba and Luke Shaw from your fantasy football team.

While it was only two months ago that Jose Mourinho was describing Shaw as “one of the best in his position”, it now seems the left-back and many of his United teammates face some serious tough love from the increasingly erratic Special One.

Mourinho has had a massive bust-up with Shaw, while the put-of-sorts Pogba and Sanchez were dropped for the win over Brighton at the weekend.

In fact, Nemanjia Matic is the only United player we feel confident about at the moment.

We didn’t think it was possible, but Salah is just a single point away from matching Harry Kane’s haul on Dream Team this season.

The Spurs striker – who’s leading the pack with 335 Dream Team points – is currently out of action through injury, which means Salah has been able to catch up.

The Egyptian is now on 334 points following his four-goal bonanza at the weekend, and will overtake the big forward very soon.

3 Cenk Tosun has settled in nicely at Everton

We were a little worried about Tosun a few weeks ago.

After all, the Turkish striker was signed by Sam Allardyce in January as Everton desperately sought someone to replace the goals of Romelu Lukaku.

But he initially struggled to find the back of the net and looked pretty lacklustre in his first four appearances for the Toffees, and there were even rumours he was seeking an exit back to Turkey in the summer.

But four goals in his last three matches – include a brace against Stoke at the weekend – makes us feel a bit more confident about him and he might be worth some consideration ahead of the last few games of the season.

Only 0.1% of Dream Team managers have selected Crystal Palace’s cult hero in midfield and we find that mildly surprising.

After all, this guy is seemingly always on hand whenever Palace get a penalty (we doubt they’ll ever let Christian Benteke take one again) and he’s got a handy tally of 70 points, with a big portion of that tally picked up over the last few weeks.

6 – Luka Milivojevic has scored more penalties than any other Premier League player this season (6). Conversion.

If Palace do stay up this season, then major props belong to him and his expertise from 12-yards.

5 Eric Bailly is the defender you need

We know we just said you should take out ALL of your Man United players, but let’s not go nuts here.

After all, we’ve waited an awfully long time for Bailly to return to full fitness and he’s now back in United’s first team and seemingly as good as ever.

Get me a statue of Eric Bailly outside Old Trafford in the morning.

He’s started the last three games for United and managed the full 90 minutes each time, and was in fine form against Brighton (despite what Mourinho would tell you).