Another feast of Premier League football for you fantasy football managers to digest.

Game week 28 served up an entertaining weekend of action with Man United hosting Liverpool and both North London clubs playing on Super Sunday.

The game at Old Trafford was dominated by young Marcus Rashford’s brilliance, while Heung-Min Son dazzled Bournemouth with another brilliant display. 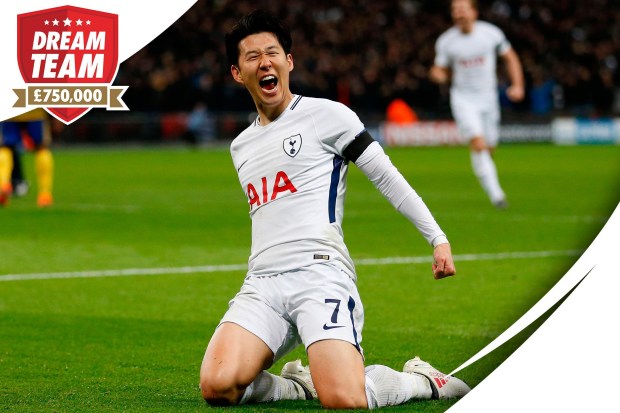 But the question on our lips this week is who gets the nod between Son and the more glamorous Alexis Sanchez?

One was signed as a relative unknown from Germany in 2015 who has forced his way into an energetic Spurs team while the other is an undoubted talent who has lit up the Premier League for years but has struggled since making the move to United.

Son scored two more goals against the Cherries securing him the Star Man award and a tasty 18 points for the week while Sanchez managed just three points in the game against Liverpool, but don’t write him off yet.

Let’s compare the two to see who you should go with for the rest of the season.

Son has been brilliant reclaiming his starting position against Rochdale in the FA Cup in February after a run of six blanks in seven games.

In the four game weeks since, he has averaged 14.5 points each game week scoring seven goals and an assist.

They are Harry Kane-esque numbers and with the England man leaving the pitch with an injured ankle yesterday, Son’s place in the team could suddenly become a lot more important.

The South Korean has play 43 games this season his game high is 18 points, which currently ranks him as the 10th best player in the game.

If that continues then at £5.1million Son will be a great addition to your front lines up until May.

However, while you might have though Sanchez will cost you an arm and a leg, the Chilean comes in at £5.2million and could repay the outlay significantly.

Sanchez’s best score since his move to United was his nine points against Huddersfield in the league when he scored his first goal for the club.

After that game he has managed just 13 points in six game weeks as he struggled to make his mark on games in Jose Mourinho’s system.

But, United will take a lot of positives from beating one of their biggest rivals and cementing second place in the league.

If Sanchez can find his role in this team don’t forget how good he was at Arsenal.

Last year he scored 24 goals for the Gunners in the league and managed another seven this season despite being very unsettled and only playing 17 games in a very poor Arsenal side.

Sanchez is a fantasy points machine when he gets going.

And with the bad news of Kane’s injury freeing up a potential £10.8million of liquidity who do you go for, Son or Sanchez?