So that’s another weekend of the Premier League and fantasy football over with.

Man United overcame their bitter rivals Liverpool thanks to Marcus Rashford, Jamie Vardy netted another Goal of the Season contender and Petr Cech finally kept a clean-sheet, notching his 200th in the Premier League. 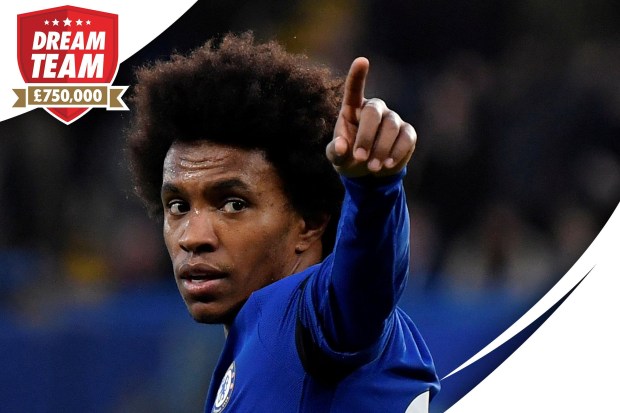 But what did we learn from Gameweek 28 from a Dream Team point of view?

This is the moment you’ve been dreading, Dream Team fans.

Harry Kane – Spurs’ leader and main goal-getter – has picked up a knock and we’re not too sure how long he could be out of action for.

The striker was substituted 30 minutes into Sunday’s match against Bournemouth, after injuring his ankle in a collision with Asmir Begovic.

Wouldn’t be a World Cup year if England’s best player didn’t have an injury scare. Wishing @HKane a speedy recovery.

This is a particularly worrying time for England fans, who’ll be hoping and praying he’s fit and well in time for this summer’s World Cup.

It was a dreadful weekend all-round for fantasy football connoisseurs, with Sergio Aguero also picking up an injury.

The Argentinian reportedly felt some discomfort in his left knee during a training session at the weekend and will miss Man City’s clash against against Stoke on Monday night.

During yesterday's training I had a discomfort on my left knee. The club's doctors told me I'll be back with the team in approximately two weeks. Now it's time for a full recovery!

Behind Kane and Mohamed Salah, Aguero is third in this season’s Dream Team points table with 278.

It’s a good job Gabriel Jesus has just returned from his lengthy spell on the sidelines, as he’ll likely be City’s first-choice starter in Aguero’s absence.

We’ve always been a little cautious when it comes to picking Heung-Min Son for fantasy football.

We all know he’s brilliant, but he’s still widely considered a rotation option in Spurs’ line-up.

But lately, the South Korean has been a regular starter – only missing out in the first-leg clash against Juventus in the Champions League a couple of weeks back – and is in the form of his life right now.

He’s netted a brilliant seven times in his last four appearances and has topped the Dream Team points chart in recent weeks.

Might be worth a place in your team as we reach the final months of the season?

4 Gameweek 28 was all about the unlikely points-scorers

Chris Wood, Vicente Iborra, Jonjo Shelvey and Lukasz Fabianski all scored 12 points or more this weekend, which is truly excellent for each of them.

Especially Wood, who was Burnley’s hero against West Ham, notching twice in their 3-0 win.

Chris Wood is the first player to be involved in three Premier League goals as a substitute since Steven Naismith's hat-trick for Everton against Chelsea back in September 2015. pic.twitter.com/uHrvlojx7B

But what’s even better about these unlikely heroes is that less-than 1% of Dream Team managers currently have them in their line-ups.

Sometimes it’s worth picking an underdog, especially when it comes to Dream Team Weekender.

Willian has been one of the most transferred-in players over the last three weeks, following a run of fine performances.

The Brazilian has netted five times in his last five appearances for the Blues – picking up a massive haul of 57 Dream Team points in the process – and he was simply outstanding against Barcelona two weeks ago.

He could be crucial against the Catalan giants in their midweek second-leg clash.