Fantasy football roars on this weekend, with some succulent Saturday and Sunday (and Monday) games incoming.

Gameweek 28 gets off to a bang with Man United hosting Liverpool in the early kick-off, while Crystal Palace’s trip to Chelsea on Saturday evening could go a long way to determining each side’s challenge at either end of the table. 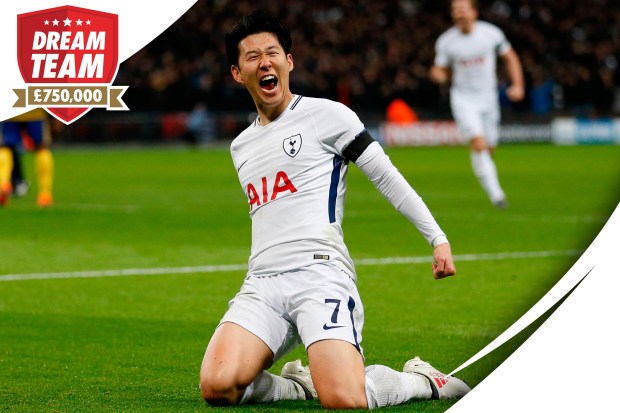 So ahead of some bumper fixtures this weekend – as well as throughout March – who should you be picking for your Dream Team?

Liverpool’s No 1 has been a Dream Team favourite in recent weeks, and why not?

The German has been in fine form since breaking back into the first-team at the start of the year, overseeing six clean sheets and making a number of quality saves, notably against Southampton and Newcastle.

'THAT' Karius save vs @NUFC from all angles! 👏 pic.twitter.com/72sGPud7Yx

He faces a rather different test on Saturday, with the Reds taking on their North West rivals Man United.

Will he continue his fine form and shut out the likes of Romelu Lukaku and Anthony Martial?

Duffy’s been a big part of Brighton’s excellent debut season in the Premier League and was one of the heroes in their win over Arsenal last week.

But less than 1% of Dream Team managers have picked this guy, despite his bargain price and respectable haul of 77 points, which beats the likes of Virgil van Dijk and Andrew Robertson.

Burnley have been filled to the brim with fantasy football favourites this season, including the likes of Nick Pope, James Tarkowski and Robbie Brady.

And it seems we’ve unearthed another in the form of Lowton.

REACTION | Matthew Lowton shares his delight with a 'Man Of The Match' performance against Everton. Watch: https://t.co/aQHgboUUSP pic.twitter.com/du4GFo4rwQ

The right-back was in fine form in the win over Everton last time out and will definitely fancy his chances against an out-of-form West Ham at the weekend.

I mean, who else?

If you don’t have Salah in your Dream Team by now, then you’re doing it wrong.

The Egyptian has hit 33 goals in all competitions this season and could prove to be the difference against United on Saturday, who we imagine will set-up rather defensively to keep this lively Liverpool team out.

Raheem Sterling’s recent injury has been a blessing for Silva, who’s had a good run in Man City’s first-team lately.

And goals against Chelsea and Arsenal in recent encounters have made this guy a sudden favourite on Dream Team.

Amazing team performance today, so proud to be part of this group! 14th straight league win at the Etihad and it was great to score in front of the home fans again! C'mon @ManCity ! 💪🏼🔵⚽ pic.twitter.com/hymtTHrISb

Get him in ahead of their Monday night clash at Stoke, we reckon.

Spurs form man lately, the South Korean notched a tasty 26 points in the last Gamweek, more than anyone else.

A goal against Juventus in their unfortunate midweek defeat and two against Huddersfield means we’re certain this guy will get a run out against Bournemouth on Sunday, while he could be a regular in the side in the run up to the season’s climax.

The Chelsea new boy will relish the chance to start against Crystal Palace this weekend, having scored that beautiful scorpion goal against them last year with Arsenal.

The Frenchman was initially signed as a back-up option for the struggling Alvaro Morata, but it looks as though he could force his way into the team ahead of the former Real Madrid striker.

Can you beat our experts at Dream Team Weekender? Pick seven players to win £10k!