Gameweek 27 is shaping up to be very cool indeed, with some key fixtures up and down the table, with the pick of the bunch surely being Sunday’s clash between Manchester City and Chelsea. 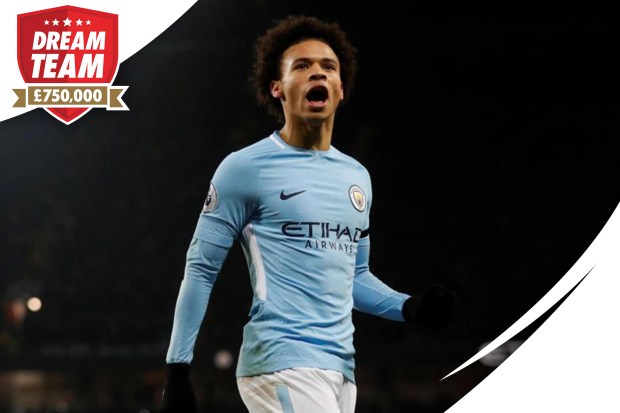 But our eyes are gazing further down the table, with two tasty-looking relegation six-pointers as Southampton host Stoke while Swansea take on West Ham.

So ahead of some bumper fixtures this weekend – as well as throughout March – who should YOU be picking for your Dream Team?

The North London side face Huddersfield at home this weekend – straight off the back of their midweek demolition of lowly Rochdale in the FA Cup – before their decisive Champions League clash against Juventus on Wednesday.

Mauricio has been nominated for February's @premierleague Manager of the Month! 👏

And quietly, Lloris has been brilliant and a big part of their recent good form.

The French goalkeeper is safely ranked third-place among the goalkeepers on Dream Team this season (two guesses who the other two are) and will be relishing some of the more straight-forward fixtures this month against Bournemouth and Newcastle in the coming weeks.

We love a bargain here at Dream Team, so of course we had to include this guy.

Eight points in Gameweek 26 for Holebas – thanks to Watford’s 1-0 win over Everton – is a great haul to bring with you to a home clash against bottom-of-the-lot West Brom on Saturday.

More impressively, the full-back has seemingly got to grips with a fairly unfamiliar central role in defence lately, notably performing well in the 4-1 win over Chelsea last month.

He’ll certainly been keen to face a Baggies side that have been woeful of late – losing five-times on the bounce.

Can someone get us a towel?

Sane has been mouth-wateringly good this season and was excellent against Arsenal on Thursday, causing the Gunners’ defence all kinds of problems.

It was at this point Bellerin knew his career was over… pic.twitter.com/UWqU60iZhS

He picked up 10 points in Gameweek 26 to add to his tally of 160 so far this season, and he could again pull of the moves against Chelsea on Sunday.

He’s definitely your favourite West Ham player, so why not give him a run in your Dream Team this weekend?

The versatile winger has been an instant hit at the London Stadium since returning from injury, notching a goal and an assist in his last two appearances. He could be key in their fight for survival as the season winds down.

Plenty of folks have been sticking this guy in lately, and why not?

A stunning three goals in his last three appearances means the Switzerland international is probably Stoke’s best hope of survival this season.

Xherdan Shaqiri grabbed his 7th #PL goal this season in the game against #LCFC at the weekend. Here are his stats from the game 👇 #SCFC @total_designs pic.twitter.com/THu2qn8NLD

What’s more, he’s well on course to break a pretty impressive record this weekend, with Terry Conroy being the last Stoke player to score four goals in succession in the top-flight some 50-years ago.

Shaqiri will have his sights set on making it four out of four at Southampton on Saturday – who join them in the Premier League’s bottom five at the moment.

Kane simply can’t stop scoring at the moment and duly tops Dream Team’s points chart with 327. Considering Mohamed Salah (another excellent pick, by the way) is next up 275, tells you all you need to know really.

🏆Very proud to win the @premierleague player of the year at the London Football Awards last night. Great work done by the @Willow_Fdn 👏 #LFA18 pic.twitter.com/3HLSQonNL5

March could be a good month for Kane, with Huddersfield (this weekend), Bournemouth, Newcastle and Swansea upcoming, as well as that Champions League clash against Juve.

From obvious to not-so-obvious.

Two against Swansea last weekend, coupled with recent strikes against the likes of West Ham, Southampton and Middlesbrough in the Cup shows us this guy has still got it – and he’s a bargain!