It’s time to focus all of your energy on fantasy football once again, with another weekend of Premier League action very nearly upon us.

The January transfer window closed earlier this week, with clubs in the top-flight spending a staggering £430million on new players. 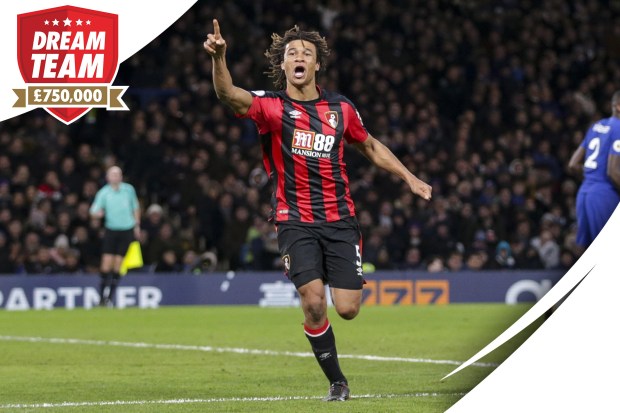 So, with all of the chops and changes – including plenty of new players to stick straight into your Dream Team Weekender line-up – who should you be considering for your team for Gameweek 23?

Manchester City new boy Aymeric Laporte was thrown straight into the action on Wednesday, starting for his new employers in their 3-0 win over West Brom.

The former Athletic Bilbao defender looked assured at the back, scoring as WhoScored rating of 7.14 and duly picking up a very satisfying eight points for Dream Team.

We’re hoping to see him start on Saturday against Burnley, although there’s a chance John Stones could be in contention after recovering from an illness.

Certainly one to watch.

The Cherries are suddenly up to 10th in the table, following wins over Chelsea and Arsenal recently.

The early-season relegation strugglers are playing well at the moment, with Charlie Daniels, Steve Cook and Ryan Fraser especially impressive.

But the standout guy against the Blues was Nathan Ake, who grabbed a goal and an assist against his former employers to earn the much-deserved Star Man bonus – that’s a massive 18 points from the last gameweek.

Can he carry it through to this weekend against lowly Stoke?

Manchester United looked bereft of ideas against Spurs during the week, conceding a sloppy opener after just 11 seconds and eventually losing 2-0 at Wembley.

They’ll really want to do better against Huddersfield this weekend, and they might just turn to Ander Herrera to spark their inspiration in the midfield.

The Spaniard has been one of the best bargain buys on Dream Team this season, and while he’s rarely a consistent starter, he’s a big fan favourite and always gives his all for the team.

We don’t know about you, but we think that’s exactly what Jose Mourinho’s team needs right now.

It’s been an awful few weeks for Chelsea, whose season is threatening to collapse after their loss to Bournemouth during the week.

And with their Carabao Cup knockout to Arsenal still fresh in the memory and the poor form of main goal-getter Alvaro Morata, the Blues will really want a strong result against Watford on Monday.

Luckily, they still have one man who’s in great form in Eden Hazard, who’s the club’s best player on Dream Team by far this season with 193 points.

He even managed eight points in Gameweek 22, proving he’s a great points scorer even when Chelsea are struggling.

It’s time for Arsenal’s new boy to step up, with the Gunners at a crucial stage of their season.

They may have a Carabao Cup final to look forward to, but costly defeats against Swansea and Bournemouth recently have severely dented their Champions League qualification hopes.

Mkhitaryan played just over 30 minutes against the Swans last week and will be hoping for a place in the starting line-up against Everton on Saturday.

Maybe he’ll pick up an assist or two?

My gosh, he’s expensive these days, isn’t he?

Still, with Harry Kane you get what you pay for.

The Spurs front-man is by far the best player you can sign on Dream Team this season, averaging 9.3 points a game with a tasty total of 288 points.

With 21 goals to his name, he’s well on his way to winning another Golden Boot award.

And against Liverpool this weekend he may just take full advantage of the Reds dodgy defence.

Everton’s new signing will be up against his former employers Arsenal this weekend – and it’s certainly a great time for him to play them.

The 28-year-old – who left the Emirates in early January after a 12-year stay – scored twice in the Toffees 2-1 win over Leicester on Wednesday, earning a very tasty 18 points in the process.

Will he come back to haunt the Gunners?