The fantasy football season is really hotting up.

Just because the congested festive period has nearly reached it’s conclusion doesn’t mean you can switch off, with an equally tasty January now at our doorstep.

Why January is such a big month 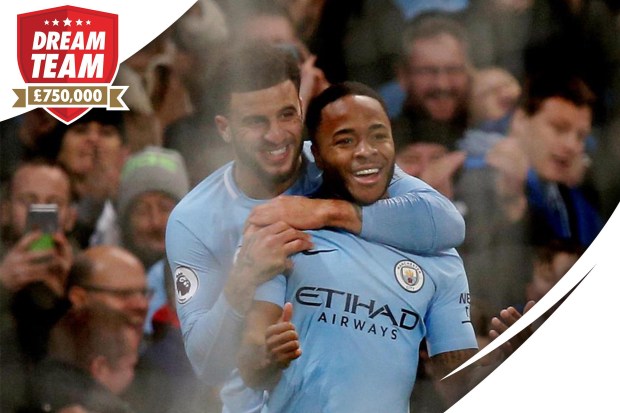 Dream Team players will have to wait until Friday 5 January to unlock their new transfers – but then it is all systems go.

So which names do you need to keep an eye out for in the first month of the calendar year?

If Arsenal thought December was busy then January is going to hit them like an intercontinental train.

The Gunners are playing in three competitions this month, with the bread and butter of the Premier League joined by the FA Cup third round and both legs of their League Cup semi-final against Chelsea.

Arsene Wenger has a number of injury problems at the back which leaves Mustafi his most important defender.

The German is one of the most effective players on Dream Team this season and could well start all seven of Arsenal’s games this month.

🗣 Geoff Shreeves: "Another game under your belt, are you back to your old best yet?" 🤔

Gabriel Jesus’ knee ligament injury, which could see the striker sit out the next two months, means the Argentine is now Pep Guardiola’s primary forward again.

Aguero has had to share the goalscoring duty with Jesus since the Brazilian’s arrival 12 months ago but now it’s all his own, with a goal against Watford on Tuesday night the perfect way to start.

Aguero on his future: My plan is not to change clubs. The truth is I’m very happy here, but as always, the club has the last word, they’re the only ones who decide.
I’ll respect whatever they tell me. #mcfc

City have six games in January – including the League Cup semi-final legs against Bristol City – and City’s record goalscorer should expect to feature in all of them.

Christensen has been mightily impressive since returning from his loan spell at Borussia Monchengladbach last season, keeping David Luiz and Gary Cahill out of the side.

The unassuming Dane has drawn comparisons to John Stones with his composure on the ball and eye for a pass.

Chelsea have a whopping seven games in January so Christensen is likely to see a lot of minutes in the second best defence in the Premier League.

£75m for van dijk? Just shows what #cfc have gained in a better and younger player in Andreas Christensen coming through the ranks.

Is there any stopping Sterling?

The City forward has emerged as the runaway Premier League leaders’ most potent goal threat this season, which is saying a lot given the presence of Sergio Aguero, Gabriel Jesus and Leroy Sane.

Sterling now has 18 goals in all competitions after his strike against Watford on Tuesday night – and his scoring rate is showing no signs of slowing down.

#alômãe @gabrieljesus33 today’s win was for you my bro, I pray you have a speedy recovery! 😇 pic.twitter.com/s5hraIBRuF

City play Bristol City twice, Newcastle and West Brom over the next 30 days or so – clubs who definitely fall into the ‘cannon fodder’ category.

Hazard was rested for Chelsea’s thumping win over Stoke at the end of December which means he’s ready and raring to hurt a hell of a lot of teams in January.

That starts with Arsenal, who he has torn to shreds a number of times in his career, with three games against the Gunners in total this month when you include the two League Cup showdowns.

Hazard regularly picks up the Dream Team Star Man award even when he isn’t scoring and is Chelsea’s main creative outlet.

The likes of Leicester, Brighton and Bournemouth may suffer a similar fate to Arsenal this month if Hazard is in the groove.