First things first we’d like to wish you all a happy new year from everyone at Dream Team.

We’ve reached the halfway point in the fantasy football season and will be hoping for more spills and thrills between now and the end of May.

So who have been the most effective players in terms of points per game?

That ‘one season wonder’ continues to be a fantasy football revelation, with his scoring rate completely unrivalled.

Kane has 18 Premier League goals already and could become the first player to score three successive hat-tricks when Spurs play later this week.

The Spurs hitman scored 56 points in Game Week 17 alone – more than Henrikh Mkhitaryan has all season.

Coutinho’s showreel of phenomenal goals and silky dribbling make him arguably the best player in the country to watch when on form.

The brilliant Brazilian has earned that precious Star Man award in an astonishing eight of his last 17 appearances in all competitions, although only 6.6% of Dream Team players have him in their side.

Barcelona may need to pay over the odds to prize him away from Liverpool in January.

Salah is undoubtedly the signing of the season and it’s testament to him that he’s keeping on the coat tails of Harry Kane in terms of overall points.

17 goals – 23 in all competitions – from a winger is a remarkable return and the Egyptian is providing match-winning performances too, including last weekend against Leicester.

His price has risen by an astonishing £4.5m since the start of the season. 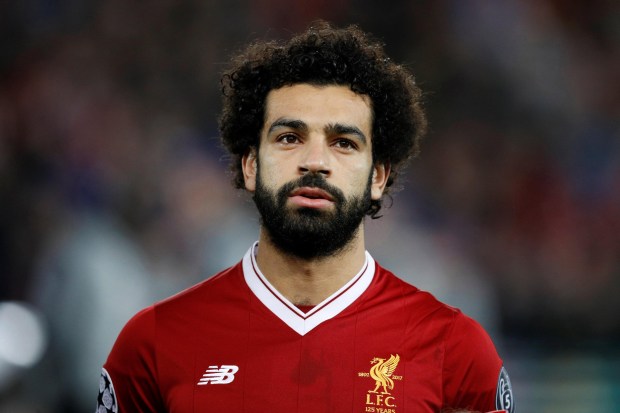 Otamendi might be error prone but he’s become a mainstay in Pep Guardiola’s all-conquering Manchester City side.

That guarantees you points with City keeping clean sheets and their defenders see a lot of the ball, which the WhoScored algorithm laps up.

Otamendi is a goal threat too, so he really is a must have.

Sterling has taken his game to another level under Guardiola and is outscoring the likes of Sergio Aguero and Gabriel Jesus this season.

The City star has 17 goals in all competitions from a number of different positions, including a false nine type role in recent weeks.

Can Sterling replicate this kind of form at the World Cup for England?

Aguero has again been quietly brilliant this season considering he’s had to share goalscoring responsibilities with Jesus.

Reports that the Argentine are unhappy at his slightly reduced influence haven’t affected his performances, scoring 16 goals from just 18 starts in all competitions.

Has been phased out slightly by Jose Mourinho in recent months but Blind continues to be a WhoScored favourite.

Started the season with four successive clean sheets and is a regular 7+ rating machine.

The reintegration of Luke Shaw and Ashley Young’s consistency mean Blind faces a task to force his way back into the reckoning.

Stones is currently sidelined with a hamstring injury but prior to that was showing all the hallmarks of the perfect Guardiola type defender.

Comfortable on the ball, positionally adept and increasingly dominant in the air, the former Everton star is the ideal player for City’s passing policy.

Stones has played alongside Otamendi, Vincent Kompany and even Fernandinho and looked comfortable with each and every one.

Another defender who sees a lot of the ball, Mustafi reaps the rewards of high passing statistics like Otamendi, Blind and Stones.

The German centre-back has an eye for goal – which always helps – and scored against arch rivals Tottenham back in November.

Mustafi is the most consistent performer of Arsenal’s back three but only 1.2% of Dream Team players have picked him.

The front runner for the PFA Player of the Year award, De Bruyne, like so many City players, has taken his game to new realms this season.

The Belgian is here, there and everywhere under Guardiola, adding goals to his already ridiculous assist record.

Only Kane, Salah and maybe Sterling can probably knock De Bruyne off his perch come the end of the season.