Another weekend of glorious Premier League football is very nearly upon us, which means it’s time to seriously think about the players in your fantasy football line-up.

There’s a mouthwatering set of fixtures to look forward to in Game Week 13, with Chelsea’s trip to Liverpool the pick o’ the bunch.

All eyes will surely be on this guy. 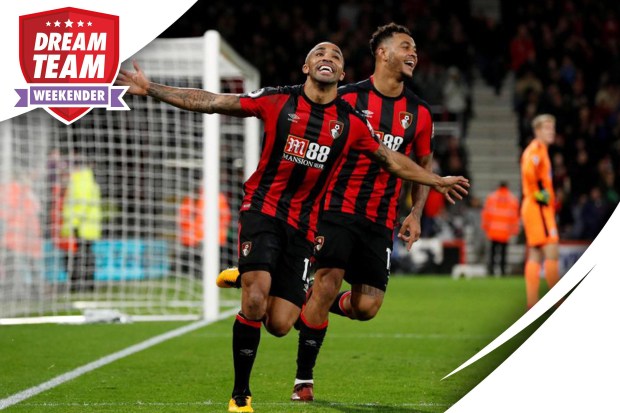 And while you can sign up Mohamed Salah for a fairly steep £7.0m this week, we’re here to prove to you that you don’t need to break the bank to sign a genuine points scorer – as long as you’re willing to take a gamble.

Step up Callum Wilson, who is the most popular bargain of Game Week 13.

The Bournemouth striker is BACK on the forefront of our minds, following his fabulous run out against Huddersfield last weekend.

And on the back of his 28-point haul in Game Week 12, a substantial amount of you opted to stick him in your Dream Team’s for the Cherries trip to Swansea on Saturday.

The luckless striker hit his first Premier League goals in almost a year last week, and his second top-flight treble since August 2015 – following back-to-back cruciate ligament injuries in both knees.

But the 25-year-old is keen to make up for lost time, with many still tipping him for a surprise place in Gareth Southgate’s next England squad – if he remains fit.

In the meantime, he might just well be your fantasy football saviour for Game Week 13 – priced at a measly £3.2m.

His price is starting to rise (he was £2.9m last week!) so get him in before it’s not too late.