It’s that time of the week when fantasy football takes all priority.

Tottenham travel to Manchester United in arguably the pick of the Premier League games to kick off a mouthwatering weekend of fixtures. 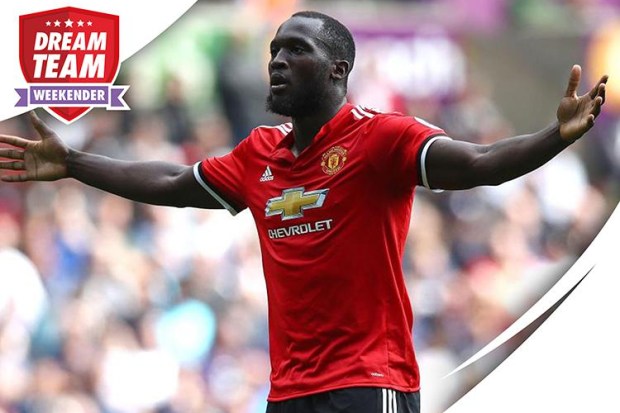 But which players should you look at for your Dream Team?

Is the Algerian maestro back to his best?

Two virtuoso displays this week, starting with two assists at Swansea last weekend and a goal in the League Cup in midweek, gave Mahrez 20 points and saw him finish level with Harry Kane as the Game Week’s top scorer.

Mahrez and Leicester welcome struggling Everton to the King Power Stadium this weekend and at just £3.5m is at a bargain price right now.

Kane has been ruled OUT of Tottenham’s trip to Manchester United in a devastating blow to Mauricio Pochettino’s hopes of a first ever win at Old Trafford.

The Spurs maestro has been in electric form but the extent of his hamstring injury is unknown, so do you transfer him out or have faith in a speedy recovery?

A forgotten man after his injury nightmares but Wilson showed his value to Bournemouth this week with a goal and an assist in the League Cup on his return to the first team.

The England striker is working his way back to full fitness and could be vital for the Cherries in their bid to avoid relegation.

There’s nothing more valuable than a Dream Team joker in the pack, and Otamendi really is that.

The Argentine is a huge WhoScored algorithm favourite even if he might not always instil confidence at the back.

Otamendi is a points scoring machine with a whopping 89 so far this season and City travel to West Brom on Saturday with another clean sheet in the offing.

Ozil was devastating at Everton last week after a number of niggling injury problems this season.

The German is back to assume the role of Arsenal’s creative hub again in tandem with Alexis Sanchez and Alexandre Lacazette and Swansea are there for the taking on Saturday.

At a bargain £4.2m Ozil really should be worth your consideration if he can stay fit.

Watford have been the surprise package so far this campaign and Doucoure has been the pick of the bunch at Vicarage Road.

The box to box midfielder has four goals already, with his latest coming in the 4-2 defeat at Chelsea last Saturday.

Only 0.4% of managers have him in their Dream Teams this season and their seeing the rewards.

West Ham and strikers haven’t exactly been a match made in recent seasons, with the likes of Diafra Sakho and Andy Carroll struggling to find any kind of regular form.

So Ayew’s double in the Hammers’ dramatic League Cup win over Spurs in midweek might be just the platform he needs to nail down a regular starting role.

The Irons travel to basement side Crystal Palace needing a good performance to preserve Slaven Bilic’s job for another week.