This fantasy football weekend belonged to one side – Manchester City. 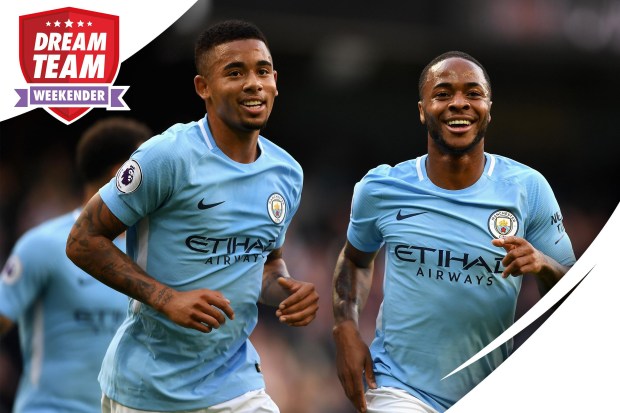 And it could have been more.

But what else did we learn from the weekend? And what transfers should you consider making?

NB: You will have to wait until Friday morning to bring in or swap out any players who are involved in European football this week.

City are the best attacking force in Europe right now and have scored 32 goals in their last eight games in all competitions.

So how on earth do you make room for arguably the most clinical striker in Premier League history?

Pep Guardiola’s side dismantled Stoke and beat Chelsea before the international break, both without Sergio Aguero (£7.3m) after his horror car crash.

But Aguero is back in the reckoning now, which means either he or another one of City’s in-form stars will have to settle for a place on the bench.

The likes of Raheem Sterling and Leroy Sane have both scored 50+ Dream Team points, but you’d think one of them would have to make way for the Argentine.

But Kane still can’t find the net at Wembley as his struggles there continued against Swansea.

Luckily for Spurs they have Christian Eriksen (£6.1m).

Eriksen is the most consistent attacking midfielder in the Premier League and popped up to score a crucial winner against Bournemouth when the hosts had laboured throughout.

Nearly 50% of Dream Team players have Kane and/or Romelu Lukaku in their sides, but this weekend was not one to shout home about.

Both strikers – the top points scorers so far this season – drew blanks after weeks of saving many managers’ teams.

Instead, the likes of Tammy Abraham (£3.2m) and Chris Wood (£3.3m) were the real heroes, with the former earning 18 points – more than any other player.

It just goes to show the more left-field options need your consideration because you can’t always rely on the household names.

Andy Carroll (£2.8m) is a defender’s worst nightmare when it’s his day.

Unfortunately, that day hasn’t arrived at all yet this season and the West Ham striker is still stuck in negative points on -2.

That was compounded by his quickfire red card against Burnley at the weekend which saw him score a pretty horrendous -3.

Carroll is yet to score this season and will now miss the next game too, so you should steer well clear until his luck turns around.

Still, it could be worse, as Kevin Wimmer (£1.3m) is currently rooted to the bottom of the Dream Team standings this season was a eye-watering -10 points. Ouch.

5 Zaha is back to make an impact

Crystal Palace are pretty lifeless without Wilfried Zaha (£4m) and that proved the case this weekend after the flying winger made his first start since the opening day.

Palace were goalless and pointless without their main creative outlet until his brilliant winner against Chelsea.

Zaha ran the Blues defence ragged and made the Eagles instantly more of a threat, but can you find room for him in your Dream Team in the long term? 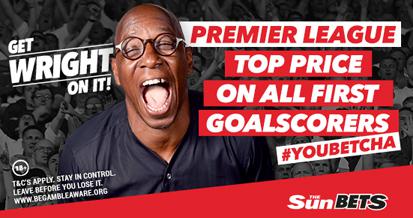