You’ll be pleased to know that the dreaded international break is all over, with the Premier League and fantasy football taking centre-stage once again this weekend.

And what’s more, Gameweek 8 promises to be an absolute smasher, with Liverpool v Manchester United kicking things off at Saturday lunchtime. 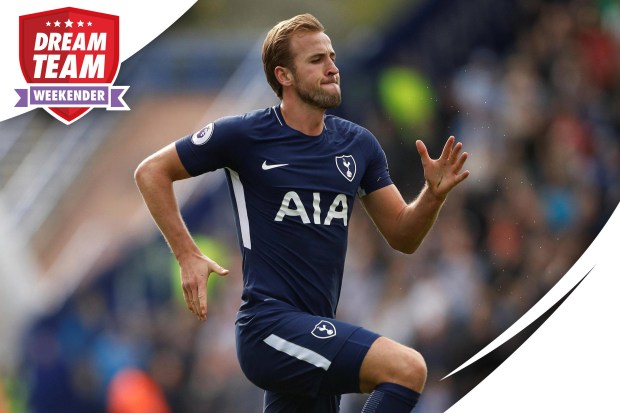 So to get us back in the swing of things, it’s time to re-evaluate the guys we’ve picked for our Dream Team.

We’re already well aware that Harry Kane tops the points chart with an eye-watering 109 points, while the likes of Romelu Lukaku and Mohamed Salah have also proven to be potent fantasy football heroes so far this season.

But what we really want to know is which players have flopped for their respective fantasy football managers.

Let’s find out, shall we?

Some might argue that Mahrez is a bargain priced at just £2.5m.

After all, the Leicester City winger is one of the Premier League’s most creative and technically gifted players, capable of scoring goals, unlocking defences and pulling off the odd moment of magic.

What else would you expect from someone who’s won the PFA Players’ Player of the Year award?

Unfortunately, Mahrez has been a shadow of the player who lead the Foxes charge to unexpected Premier League glory in 2016.

So far this campaign, the Algerian has notched just two assists and has yet to find the back of the net.

On Dream Team, he’s amassed a measly 15 points, with 10 of those coming during his Star Man performance against Brighton in the second game of the season.

He’s failed to score a single fantasy football point since.

We’re a little worried about Bournemouth.

The Cherries have failed to get going this season, totalling just four points after seven games and sit second from bottom.

Reflecting his team’s poor start to the season is King.

Only two players scored more goals in the Premier League than Josh King between January and May this year; Romelu Lukaku and Harry Kane.

We’ll let that sink in.

This season, the Norway international has scored just once, accumulating 19 points for the managers who’ve picked him.

With rumours that he’s picked up a knock during the international break, we think it’s time to dethrone this misfiring forward.

It’s safe to say that Everton have been pretty dreadful this season, with the Toffees struggling to cope with life without Romelu Lukaku.

The big Belgian’s goals have been sorely missed, with the likes of Wayne Rooney, Sandro Ramirez, Oumar Niasse failing to fill the void, while £40million summer signing Sigurdsson has failed to live up to his price tag.

The Icelandic playmaker was instrumental to his nation’s successful World Cup qualification campaign, but he’s failed to make his mark at Goodison Park

Rated just 6.48 on WhoScored and picking up just 12 points on Dream Team, we think it’s time to transfer out the former Swansea man and maybe consider replacing him with Watford’s Abdoulaye Doucoure or Stoke’s Maxim Choupo-Moting.

After all, Lindelof has failed to play a single minute in the Premier League for Man United this term.

It’s been disappointing, not least for all of the fantasy football managers who stuck the hard-tackling Swede into their Dream Team at the start of the season.

We might see him get a game or two as we approach the festive period and some of Jose Mourinho’s first-choice defenders inevitably suffer injuries or suspension, bur for now the ex-Benfica star will have to get used to life on the bench.

We were so excited when Arsenal snapped up this guy over the summer.

And while he’s made certain headways (he scored the first goal of the new season after less than two minutes), he’s failed to match the league’s other big-name strikers signed this summer; Lukaku and Chelsea’s Alvaro Morata.

While he’s considerably cheaper than some of the real big-shots, we expected more than just 32 points heading into Gameweek 8.

However, we’re keeping faith in him.