One of the most enjoyable aspects of fantasy football is taking a gamble on a bargain player who turns out to be a real gem.

Whether it’s Michu, Charlie Adam, Ryan Taylor or someone like Joshua King last season, we all have our favourites from down the years.

And this season is no different.

So far, West Brom defender Ahmed Hegazi has been one of fantasy football’s surprise packages with 35 points on the game.

Very few people knew who Hegazi was at the start of the season, but now over 10% of Dream Team managers have the Egyptian in their side.

The same can be said for Huddersfield goalkeeper Jonas Lossl, who’s run of consecutive clean sheets at the start of the season has seen his fantasy football stock rise considerably.

But with a price of just £3.2m on Dream Team and boasting a score of 46 points is the criminally overlooked Watford forward Richarlison.

In fact, only 0.2% of Dream Team managers have picked the Brazilian wonderkid for their team this season, despite how quickly he’s adapted to life in England.

The 20-year-old has been the heart and soul of Watford’s success this season, scoring three goals in the league and wowing fans with his skill, speed and technique.

What can Richarlison bring to your Dream Team? 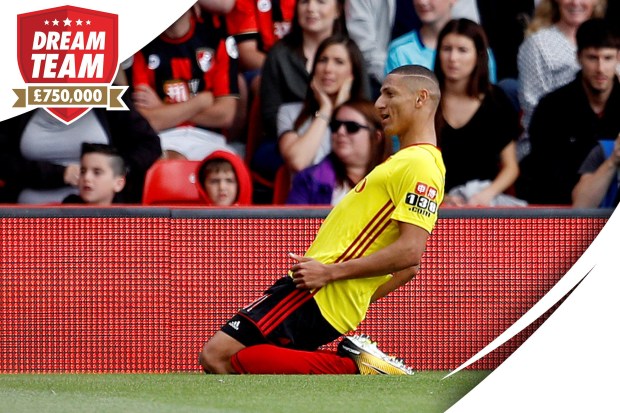 But not only has he been a great attacking option for Marco Silva’s side this season, but he also knows how to track back and win the ball too.

In fact, Richarlison is the only attack-minded player to have completed 20 successful tackles this season, which is more than the likes of Nacho Monreal, Nemanja Matic and Tiemoue Bakayoko.

While forwards that track back aren’t exactly the bread and butter of fantasy football, his determination and work-rate on the pitch can only be good for his WhoScored rating.

That helps his chances of picking up a Star Man bonus (equal to five points on Dream Team) – which he’s duly won three times already.

The Brazil Under-20 star was one of the surprise signings of the summer, with the likes of Manchester United, Chelsea and Dutch giants Ajax all said to be monitoring him.

The player later recalled that Silva hijacked his move to Ajax at the last minute by phoning the youngster and convincing him to move to Vicarage Road.

It’s turned out to be a good decision.

He’s become a fan favourite already at Watford, having scored important goals against the likes of Swansea and West Brom in the last two Gameweeks.

With his 46 points, he’s currently rubbing shoulders with other, more-established Brazilian forwards Gabriel Jesus (44 points) and Roberto Firmino (42 points), despite being considerably cheaper than them both.

Currently averaging 6.6 points a game, Richarlison enjoyed his best weekend yet when Watford managed a last-gasp 2-2 draw against West Brom.

The Brazilian picked up a decent 15 points in that game for scoring the late equaliser and winning the Dream Team Star Man as a result.

Watford play Arsenal at home after the international break, which will likely be a huge test for the up-and-comer.

Pick Richarlison in your Dream Team