And whether you’re the Monday morning talk of the office mini-league with Romelu Lukaku leading your line, or desperately wondering why you opted for a defence made up of Huddersfield players, there’s plenty we can learn from Gameweek 7. 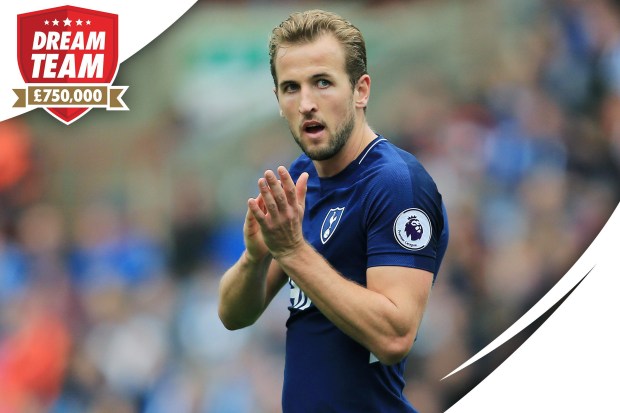 So what did we learn from the weekend’s action and which transfers should you consider making in the coming days?

For those of you who endured Harry Kane’s yearly August slump and persevered with the Spurs striker in your Dream Team – we salute you.

The big man up front continues to blow our socks off with his goal-scoring exploits, bagging a dizzying 13 goals for club and country in September and boasting 109 points on Dream Team.

It’s funny how different things can be after a month, isn’t it?

The England ace notched two more goals in Saturday’s 4-0 win at Huddersfield, officially ending September in the form of his life.

With a third-straight Premier League Golden Boot award on the horizon, it’s easy to get carried away.

But it’s time to stop beating around the bush; Harry Kane is nothing short of world class.

And it’s seriously time you got him in your Dream Team.

Burnley are quickly gaining in popularity among fantasy football fans.

The Clarets boast some of Dream Team’s most affordable players this season and have been a good source of points to boot.

They’re also shaping up to be the surprise package of the campaign, picking up decent results against the likes of Chelsea, Liverpool and Everton, and have risen to sixth in the Premier League table.

While Jeff Hendrick was the hero of the weekend, Robbie Brady (3.7m) continues to be the ultimate bargain on the game, while Gameweek 7 Star man Ben Mee (£3.6m) is shaping up to be this season’s answer to Michael Keane.

It’s been a whirlwind couple of weeks for Fabian Delph.

The Manchester City midfielder has suddenly become an important member of Pep Guardiola’s first-team – having been a forgotten man in the side for most of the last year.

Thanks to his timely return to fitness and Benjamin Mendy’s long-term injury, for former Aston Villa man has found himself starting back-to-back games for City as an impromptu left wing-back.

And he’s even received a call-up to Gareth Southgate’s England squad.

You’d be hard-pushed to find many people who believe Delph warrants a spot in the England set-up at the moment, but his stock is certainly on the rise after his superb performance against Chelsea at the weekend.

In fact, he was far better than anyone would’ve expected, considering it was his first Premier League start since April and his first in the new position.

If he carries on like this, then he’s an absolute steal at £2.0m – just get him in your Dream Team now before his price rockets.

4 Philippe Coutinho is making up for lost time

It seems all of that transfer unpleasantness surrounding Phillipe Coutinho is behind us – for the time being at least.

While a move to Barcelona in January isn’t entirely off the cards, the Brazilian playmaker looks determined to simply get his head down and do what he does best for the time being.

In the Reds’ Sunday evening clash against Newcastle, Coutinho was easily the best player on the pitch and grabbed his second Star Man award in three games by scoring an unstoppable curling shot into the corner of Rob Elliot’s goal.

With a total haul of 42 points on Dream Team this season – despite only playing in a handful of games for Liverpool – it might be time you stuck Coutinho back into your side.

At least until the New Year.

Manchester United’s fine start to the season is down to multiple factors.

The goals scored by Romelu Lukaku, the midfield finesse of Nemanja Matic and the defensive organisation of Antonio Valencia all spring to mind.

But what about the form of Marcus Rashford and Anthony Martial’s on United’s left wing?

Jose Mourinho has consistently rotated the pair this season, with Rashford starting in the Red Devil’s weekend win over Crystal Palace while Martial started in their last two Champions League games.

And it’s quite hard to determine who’s having the better season.

Both have scored five goals in all competitions for the club, while there’s little separating them on Dream Team – Martial currently has 66 points compared to Rashford’s 54.

A difficult trip to Anfield to face Liverpool looms after the international break – and the question is, who will start?

Rashford has generally been given the nod in league games ahead of Martial and clearly has the home-grown fire, but the Frenchman has previous against the Reds.