That silence is the people who thought Alvaro Morata wouldn’t succeed after swapping Real Madrid’s bench for a starring role at Chelsea.

The 24-year-old has eight goals in nine games for club and country this season.

Four of those goals have come in the last two games, with a strike against Atletico Madrid following hot on the heels of a hat-trick against Stoke.

This Premier League lark is easy.

If you forced us to put one question mark against the Spain international’s name, and we had to think about this Alvaro, it would be that he’s yet to score against a ‘top six’ side.

His only blanks this season have come against Arsenal (twice) and Spurs. Maybe it’s a London thing? 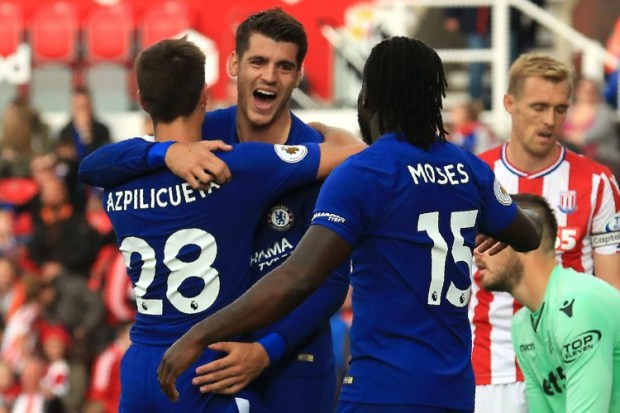 But Morata will have a chance to put that to bed this weekend when he takes on top of the table Man City.

In three of Morata’s last four games he’s found the net first, setting up wins against Leicester, Stoke and Atletico.

So it’s hardly surprising that he’s been transferred in by more Dream Team managers than any other player this week.

Morata’s quest for a first ‘top six’ goal will be aided by City’s misfortune.

Vincent Kompany won’t be considered having not been able to take part in training while Benjamin Mendy’s impressive start to the season came to a crunching halt following an ACL injury.

Something tells us Morata is going to be pretty confident about finding the back of the next this weekend.