Fantasy football is officially back in our lives and as good as ever, with another Premier League weekend very nearly upon us.

With the dreaded international break behind us, it’s time to focus on Gameweek 4. 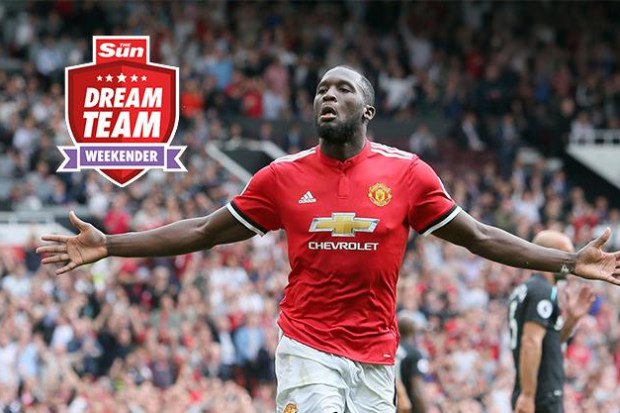 So without further ado, let’s take a look at the players you should seriously be considering transferring into your Dream Team this weekend.

The Burnley ‘keeper was one of our favourite players on Dream Team last season, amassing 141 saves (the most of anyone in the top-flight) and keeping 10 clean sheets in the process.

His fairly slow start to the new season has seen him slightly drop in price, but with the Clarets taking on Crystal Palace at home this weekend, now seems like a great time to get the reliable shot-stopper into your team.

Well, you don’t need me to tell you that Palace look bereft of ideas at the minute, while Turf Moor continues to be something of a fortress for Sean Dyche’s men.

Swansea will be keen to build on their win over Palace just before the international break and face struggling Newcastle this weekend.

And hoping to keeping things tidy at the back for the Swans is the hard-tackling defender Mawson.

The young centre-back was one of the breakout stars of last season and will want to give Gareth Southgate something to think about for the next run of England games.
In the meantime, we reckon he’s worth your small change.

Everton made plenty of noise over the summer transfer window, with Keane just one of the club’s many expensive acquisitions.

And in our eyes, he was worth every penny.

With 20 points on Dream Team already this season and priced at a fairly affordable £3.8m, we think it’s high-time you splashed out on the ex-Burnley defender for your fantasy football team.

His first real test in Everton blue will come this weekend when the Toffees take-on Chelsea.

How will he handle Alvaro Morata?

We can hardly wait to find out.

Scoff all you want, but if Arsenal are going to climb themselves out of this slump then they’ll need to get the best out of players like Ozil.

Luckily, the midfield maestro goes into Gameweek 4 off the back of an eye-catching performance for Germany during the international break, scoring an incredible goal in their 6-0 demolition of Norway.

If he can recapture that form for the Gunners this weekend against Bournemouth, then we’ll be willing to forget all of that deadline day unpleasantness (for another week, at least).

Our money was on Chelsea, or maybe Manchester United.

With the Portuguese wonderkid looking to recapture some of his pre-Bayern Munich form under the watchful eye of Paul Clement, we simply have no idea how he’s going to do.

But priced at measly £2.5m on Dream Team, we’re willing to take a gamble.

From one lad with plenty of potential, to another.

Watford’s newest fan favourite is certainly one to watch this season, with the Hornets ringing in a new era under Marco Silva.

Following their 0-0 draw against Brighton a fortnight ago, Watford travel to Southampton this weekend.

And having already opened his goal scoring account in the Premier League, Richarlison will be keen to test himself against a Saints side who have already kept two cleansheets this season.

We all said that Aguero would struggle for game time this season.

On the contrary, he’s played aplenty so far.

And with Man City up against Liverpool in Saturday’s early kick-off, we think Pep Guardiola might capitalise on Liverpool’s dodgy defence by playing Aguero alongside Gabriel Jesus in a two-man attack.

We’re already rubbing our hands together in anticipation.

Kevin de Bruyne or Sadio Mane? Why not pick both in this weekend’s big game?

That’s the beauty of Dream Team Weekender – there are no budget limitations so you can pick any player available from this weekend’s fixtures, with Man City v Liverpool the pick of the bunch.

Just select seven players from across the Saturday and Sunday Premier League fixtures for your chance to bag that tasty £20k prizepot.