Kasper Schmeichel has now saved more penalties at Old Trafford than his dad, Peter, after keeping Romelu Lukaku out from 12 yards.

United were awarded a penalty after Danny Simpson’s handball but Lukaku was unable to convert, much to the dismay of Rio Ferdinand.

They're just fans at heart… pic.twitter.com/GvngnKIsnp

Schmeichel (junior) had clearly done his homework as Lukaku went the same side as he had done the previous five attempts.

Unfortunately for Schmeichel a Marcus Rashford goal 18 minutes after the penalty save spoiled his clean sheet.

Rashford had only been on the pitch for three minutes when he volleyed home from a corner.

United had dominated throughout so the goal wasn’t against the run of play.

Another sub, Marouane Fellaini, turned home a Jesse Lingard cross to put the result beyond doubt.

Jose Mourinho’s side are now the only team to have won all three of their opening Premier League games, with Huddesfield Town drawing at Watford.

Mourinho always wins the title in his second season and the early signs are good this campaign. 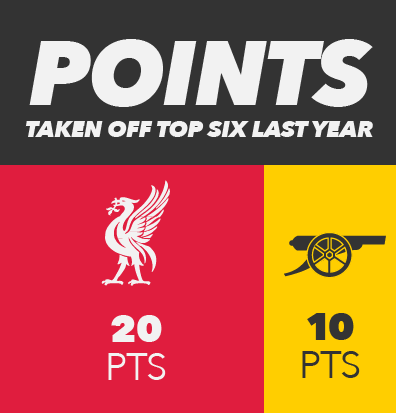