The Premier League is back and, of course, so is fantasy football.

Arsenal and Leicester get the 2017/18 campaign underway at the Emirates ahead of what many expect to be one of the most exciting seasons yet.

But Dream Team managers should already have their teams drilled and ready before that date because the game is officially live already.

Yes, that means you can now start thinking about how to give yourself the best chance of pocketing £150,000 at the end of the season.

And while the usual suspects – Alexis Sanchez, Paul Pogba, Eden Hazard and co. – will again be popular picks, who are people forgetting all about?

Otamendi is one of those defenders Gary Neville likes to call ‘Playstation players’, in that he’s entertaining but completely irrational.

The City defender has a penchant for diving in and last ditch tackles – but he’s strangely an algorithm favourite.

How did Otamendi perform in fantasy football last season?

He was a regular Star Man merchant last season, with WhoScored giving him a rating of 7.49 – the highest for any defender in the Premier League.

Wijnaldum was a relatively underappreciated success in his first season at Liverpool, but his impact in big matches can’t be denied after goals against Arsenal, Chelsea, Manchester City and in that final game against Middlesbrough.

He also managed nine assists – the highest at Liverpool – making him an intriguing alternative to some of the bigger names.

It’s weird to think that a couple of seasons ago, the Marcus Rashford vs. Kelechi Iheanacho debate was actually a thing.

While Rashford continued to impress for Man United last season, Iheanacho has found himself very much out of favour in Pep Guardiola’s City side.

The Nigerian started only five times for the Citizens last term, but his young career is set for a boast after he moved to Leicester this summer in a £25million deal.

While he barely got a look in last season, we still remember Iheanacho’s breakout season the year before when he notched an impressive 14 goals in all competitions.

And we think his best is still yet to come.

The boy’s back in blue.

And with the Toffees allowing Romelu Lukaku to head in the other direction, Rooney could get some serious game time as a striker, no less.

While we can all agree that the 31-year-old’s legs are a bit gone, England’s record goalscorer still knows where the net is.

Reliable full-back Cuco Martina made only a handful of appearances for Southampton last season before leaving St. Mary’s as a free-agent this summer.

And with Seamus Coleman’s long-term injury, Martina could see plenty of action for the Toffees.

What do I need to know about fantasy football this season? 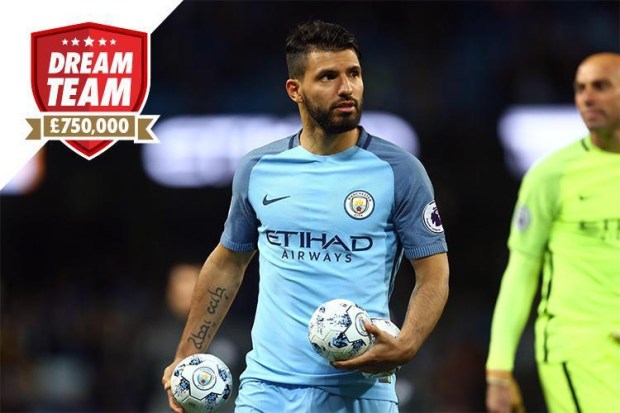 Which new players are on the game and how much will they cost?

It’s not just about Alvaro Morata and Alexandre Lacazette, with other Premier League clubs just as busy this summer adding high profile reinforcements.

Liverpool have splashed the cash on former Chelsea winger Mohamed Salah while Manchester City, as always, have loosened the purse strings again with a number of expensive recruits.