The Premier League season is just days away – meaning fantasy football is very much back on the agenda.

You all need to give yourself a firm pat on the back for getting through the dry, football-free summer months of 2017.

Arsenal and Leicester kick the new campaign off on Friday in an exciting opening game to fill that vast football-shaped hole in your life.

And you’ll need to have your Dream Team ready too, with the game completely free to play this season and the prizepot a massive £750,000.

So which strikers do you need to pick?

Kane has been prolific for Tottenham since day one of his still fledgling career, proving doubters wrong season after season who felt he was a flash in the pan.

He nicked the Premier League Golden Boot away from Romelu Lukaku last season with 29 goals and he fully deserves to be most expensive player on Dream Team this season at £8m.

Sanchez looks like he’s staying put at Arsenal for another season (perhaps against his own will) after flirting with a move to PSG and Manchester City.

But even if his wishes didn’t materialise, the Chilean forward is a model professional and is still likely to give his all to the cause this season.

Sanchez was the top points scorer on Dream Team last season, bagging 31 goals in all competitions along the way.

Not only is he a goal machine, Lukaku is cheap as chips comparatively on Dream Team this season.

The new £75m Manchester United hitman scored 25 goals for Everton last term but will be expected to improve on that total with better players around him. 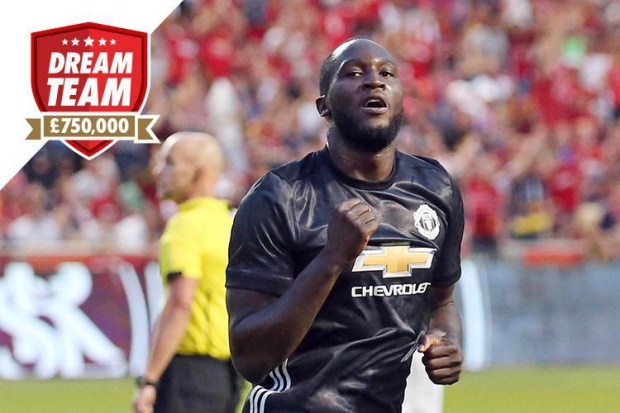 He’s looked pretty deadly in pre-season and with United competing on multiple fronts, Lukaku could be your man.

It’s an odd thing in football that one of the Premier League’s most deadly marksmen might not be a guaranteed starter this season.

But even with the presence of Gabriel Jesus at Manchester City, Aguero is still a vital asset for Pep Guardiola and may form a deadly partnership with the Brazilian instead of a case of either or.

The Argentine, despite the reduced first-team appearances, still managed his best scoring season for City last term too.

Liverpool tend to play without an out and out striker in Jurgen Klopp’s fluid attacking unit, with Firmino the focal point.

Last season the Brazilian bagged 13 in all competitions, but that total is almost certain to increase this year having been moved to penalty duty by Klopp.

The Reds were awarded the most penalties last season in the Premier League, so with Firmino now in charge from 12 yards his tally could sail pass 20.