Fantasy football fans – how may we assist you?

Well Dream Team is back on the menu with the Premier League season fast approaching, with Arsenal and Leicester getting the season underway on August 11.

Premier League clubs have already got their cheque books out this summer on multiple occasions with some astonishing fees being thrown around.

That means you’ve got some mouthwatering new players to sink your teeth into during another big season of fantasy football.

And while goals are the currency of football, assists are an important facet of points scoring too.

So who are the best in the Premier League?

Arguably the most stylish player in the Premier League when he’s hot, De Bruyne’s 18 assists last season was a magnificent tally.

He, along with David Silva, are the brains and the creative hub behind everything good at Manchester City and his 214 Dream Team points prove his value to your side.

Eriksen had an extraordinary season for Tottenham after initially having his form questioned by his own supporters this time last year.

How did Eriksen perform on fantasy football last season? 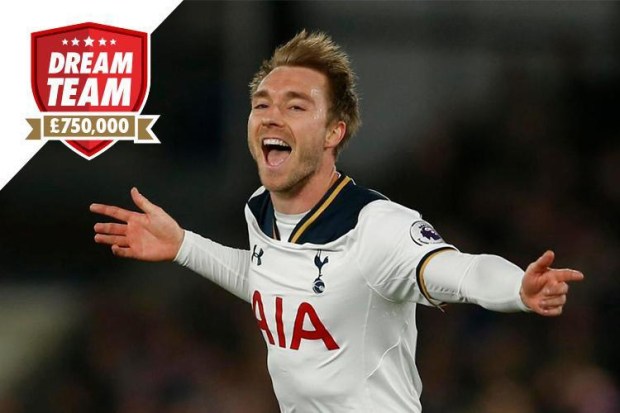 Eight goals and 15 assists in the Premier League made him one of Dream Team’s most valuable players, scoring a whopping 251 points.

Swansea’s heart, soul and engine is being linked with a mega-money move elsewhere this summer – and it’s easy to see why.

Used as more of a secret weapon by Antonio Conte last season, Fabregas’ goal involvement was absolutely ridiculous by the end of the season, averaging a goal or an assist every 78 minutes.

The Spaniard is still at the peak of his powers and his 12 assists from just 13 starts in the Premier League last season emphasise that.

Wijnaldum was a relatively underappreciated success in his first season at Liverpool, but his impact in big matches can’t be denied after goals against Arsenal, Chelsea, Manchester City and in that final game against Middlesbrough.

He also managed nine assists – the highest at Liverpool – making him an intriguing alternative to some of the bigger names.