Fantasy football is officially back on the menu.

And with the new Premier League season rapidly approaching, it’s time to start thinking how you’re going to ensure you clinch those precious bragging rights over your mates.

Arsenal and Leicester get the campaign underway on August 11 – but you’ll need to have your Dream Team prepared and fine-tuned by then to stand a chance of glory.

So which strikers do you need to pick this season to fire you to success?

There’s a reason he’s the most expensive player on the Dream Team game this season.

Kane won the Premier League Golden Boot again last term with 29 goals despite missing 11 games of the campaign through injury.

He’s Tottenham’s main man and their bristling attacking players will be on hand again to serve it to Kane on a plate again this season.

A slight wildcard given his relatively unproven nature in the Premier League, but Pep Guardiola’s golden child is certainly worth considering at a cheap price.

How did Jesus perform on fantasy football last season? 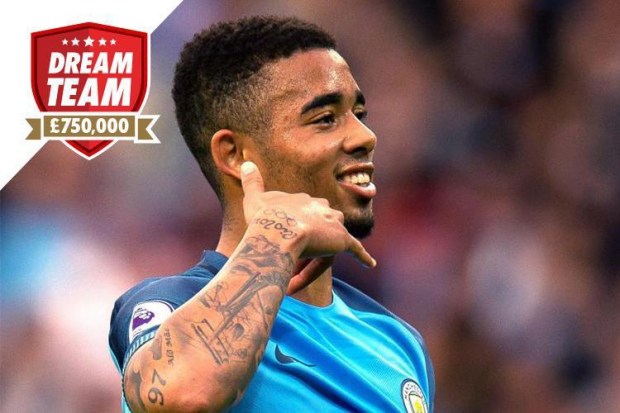 He’ll be battling Sergio Aguero for a starting berth but given Guardiola’s tactics at the back end of last season, the Brazilian looks likely to be given the nod.

Lukaku’s 25 goals last term would have won him the Golden Boot if it weren’t for Kane’s late-season heroics.

His £75m move to Manchester United means he’s now surrounded by better players capable of elevating that tally even further, and around 60% of Dream Team managers have already put their faith in him.

With Zlatan Ibrahimovic and Wayne Rooney seemingly out of the equation, Lukaku will be the spearhead of a United attack hoping to add considerably more goals than they managed last season.

We now enter the realms of untried and untested in the Premier League, but at £50m+ Lacazette is a natural born goalscorer.

Arsenal made a real statement of intent when they splashed a club-record fee on the France and Lyon striker earlier this month.

Lacazette has never played in England but his phenomenal record of 28 goals from as many Ligue 1 starts last season suggests he shouldn’t find it too difficult.

In a similar case to Lacazette, any backing for Morata will be a gamble given his lack of experience in the Premier League.

But the Spanish striker was just as prolific as the Frenchman last season when given the opportunity to shine for Real Madrid.

With Diego Costa seemingly on his way back to Spain, Antonio Conte is ready to place his faith in Morata to lead Chelsea’s attack and fire the goals toward retaining their title.

While you’d like to be able to pick all of these strikers their prices make that nearly impossible, so why not browse the best attacking bargains that are still guaranteed points scorers?