It may only be July but with the new football season kicking off next month, now is a great time to start building your fantasy football side.

To get you thinking, we’ve compiled a list of the top ten new players available for you to choose from as you look to beat the competition.

The former Manchester United favourite is back in the Premier League and his return has set tongues wagging amongst fantasy football experts.

At a considerably low price given his prolific career so far, Hernandez could be a vital asset this season before his price rockets.

After a pacey set-piece specialist but strapped for cash? Ritchie is your man.

The Newcastle winger has a tendency to pop up with important goals – he scored 12 last season as Toon bounced back to the top flight, and with an average WhoScored rating of 7.2, is an absolute steal.

At the same price, Brighton’s French defender is a tenacious full-back who may well bag you some well needed points.

He played in every Championship game but two last season as the Seagulls flew up to the top flight, and his average rating of 7.6 is sure to bring in the goods.

Chelsea’s unveiling of their new German defender may have been embarrassing, but at just £3.5m the 24 year-old is a cheap and reliable bet at the heart of your defence.

And over 8% of Dream Team players clearly think so too after picking him in their sides.

He made 41 appearances for club and country last year as he caught the eye of Europe’s top clubs.

Everyone has to have some big hitters in their team, and Chelsea’s new main man is one unlikely to break the bank.

The Spanish striker impressed on his return to Real Madrid after a successful loan at Juventus, so will he be your big game player?

12% of players so far are confident his average rating of 7.0 is enough.

It may be well worth taking a punt for Huddersfield’s Aussie midfielder – he made 45 appearances for the Terriers last season, bagging him an impressive 7.0 average rating.

He may well be a cheaper alternative to the big midfielders but could score you easy points with consistent performances.

Selected by over 30% of Dream Team players so far, Arsenal’s new French striker is a popular choice but one guaranteed to provide you with points.

He boasts an average rating of 7.6 and scored on his Gunners’ debut in pre-season. Will you take a gamble on him?

Manchester United’s new recruit has struggled in pre-season but at just 24 years-old, made 32 appearances for Benfica last year as he lifted the Portuguese title.

He may well complete your defence and won’t set you back too much.

Chelsea rejects have done alright of late, and in Mohamed Salah Liverpool may have another one destined to succeed away from West London.

The Egyptian scored 15 goals for Roma last year; scoring him a 7.4 average rating. Can he finally succeed in the Premier League as part of your team?

On the other side of town, City’s successor to David Silva isn’t cheap but is likely to score you big points.

He registered 61 appearances in all comps last season, scoring 11 goals and picking up 10 assists.

Could he pull the strings for you? 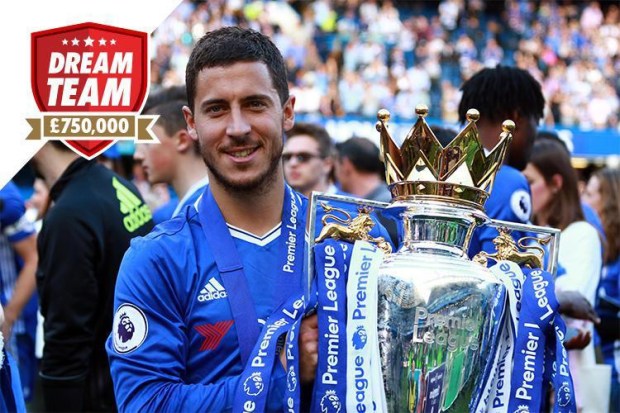