UEFA has confirmed the top four in the Premier League will automatically qualify for the Champions League group stages.

The changes will be introduced for the start of next season, with the top four sides in Spain, Italy and Germany also skipping the qualifying rounds.

The fourth-placed teams in these leagues previously had to battle through a two-legged qualifier to gain access to the groups.

But Uefa officially announced the changes, along with ones to the Europa League, today.

It will see 26 European teams, compared to the 22 of the old format, qualify directly to the Champions League group stages based on their domestic performance.

This figure includes the winners of the Champions League and Europa League the season before – that means six qualifying positions up for grabs.

That would mean, as it currently stands, Manchester City and United would be joined by Liverpool and Tottenham in claiming the four places.

Matches will now take place at 5.55pm and 8pm – similar to the Europa League.

The governing body have also introduced preliminary rounds to run before the first qualifying phase begin.

They will now overlap with the World Cup by starting at the end of June as the Champions League will operate its preliminaries as a mini knockout tournament.

Four clubs enter at this stage and contest a semi-final for a place in the first qualifying round. 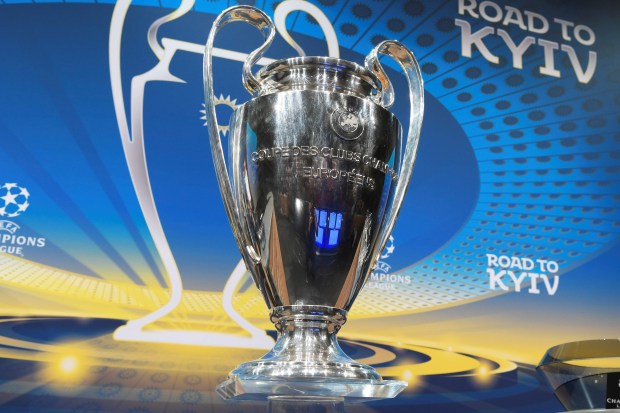 But one thing that won’t be brought into the mix is VAR.

UEFA president Aleksander Ceferin said: “Fans see the VAR screen all the time but nobody knows how it works.

“We will not use it in the Champions League next season. For me, it might be a good project but we shouldn’t rush it.

💰How to win £1MILLION with Sun Six💰

SUN SIX is the new predictor game where you can win £1million – just by correctly picking the results of six games.

Here is how to get your mitts on the million:

Top pundits IAN WRIGHT and DANNY HIGGINBOTHAM have made their picks for this week if you need a steer.

And remember, you can claim a free £30 bet with Sun Bets when you sign up put a tenner on this weekend’s football here.