In the summer of 2002 Will Young’s ‘Light My Fire’ replaced Eminem’s ‘Without Me’ at the top of the UK charts.

Also, a bloody good World Cup was held in Japan and South Korea.

You already know it was the first World Cup to be held in Asia and the only one to be co-hosted. You also vividly remember Ronaldo’s incredible performances being slightly tarnished by the most outlandish barnet choice in history.

Other things you already know:

But what have you forgotten?

Given that he’s now about as popular as Richard Keys at a feminism rally, it’s easy to forget that back in 2002 El-Hadji Diouf endeared himself to the world as the talisman of a plucky Senegal side.

The West African nation made it to the quarter-finals and the bad boy forward was named in the All-Star Team of the Tournament.

Our French cousins were eliminated from the group stages without scoring a goal.

Thierry Henry was sent off for an uncharacteristic lunge against Uruguay, a thigh injury limited Zinedine Zidane’s participation to just one game, and David Trezeguet, well he just had a shocker.

As for England, we won’t go into detail but it wasn’t all doom and gloom.

You may not remember that our best performers came in the form of two surprise packages, Nicky Butt and Danny Mills.

In G Nev’s absence, Mills played the best football of his career at right-back while Butt starred in a midfield that also contained David Beckham and Paul Scholes.

And with that photo we segue neatly onto Argentina.

Veron, Crespo, Batistuta and co failed to qualify for the knockout stages.

The Argies had Mauricio Pochettino at the back. Did you remember that it was the current Spurs boss that fouled Michael Owen in the box, allowing David Beckham sweet redemption from the penalty spot?

Portugal were another big team to fall at the first hurdle.

Luis Figo spent most the tournament fighting a one-man mission and looking at his underperforming team-mates with utter contempt.

The Third Place play-off was between South Korea and Turkey. Imagine that.

The co-hosts dismissed Italy and Spain on their way to the semi-finals.

Not much to say about those two European teams from this tournament. Although Italy did repeatedly substitute Francesco Totti off for Alessandro Del Piero.

Finally we come to the finalists.

Most remember Germany’s characteristic displays of efficiency and defensive organisation. But they did thump Saudi Arabia 8-0 in the group stages.

Michael Ballack was a boss.

The German powerhouse registered four assists, more than anyone else in the tournament, and scored the winning goals in Germany’s quarter and semi-final match-ups.

Ballack’s performances in the middle of the park persuaded Bayern Munich to sign him from Bayer Leverkusen in the days after the tournament’s conclusion.

There’s not much we can say about Brazil that you haven’t kept safely locked in your memory banks.

You know Ronaldo won the Golden Boot. You know Rivaldo and Ronaldinho supported him with displays of alluring skill and clinical effectiveness.

You know Kleberson was the heartbeat of the team. 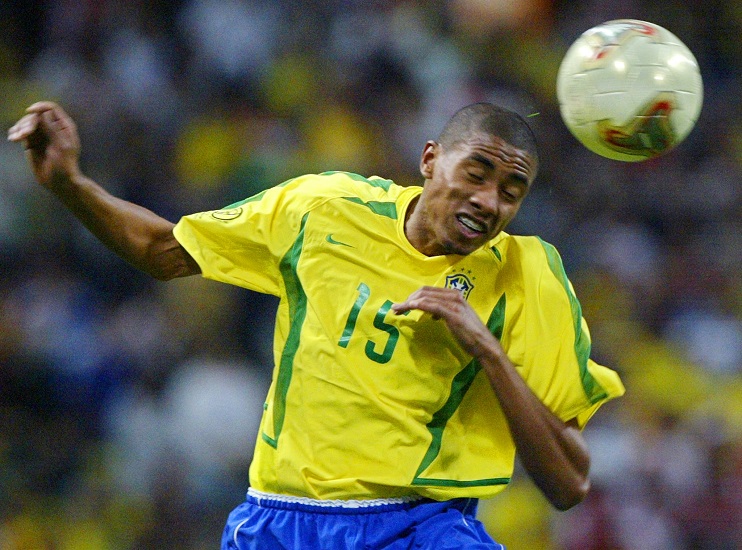 That’s right. Kleberson, the man seemingly incapable of kicking a ball in the desired direction upon his arrival at Old Trafford, was a key part of Brazil’s success. He played every minute of the final and everything.

We’ll finish with perhaps the most pleasing scoresheet in World Cup history.

Just look at the magnificence…

GIGGS PLAYED WHERE? EVERYTHING YOU’VE FORGOTTEN ABOUT UNITED’S GREATEST EVER NIGHT