The life of a Man United fan these days consists of cancelling Thursday night plans so they can watch some tepid Europa League action.

But there was a time not long ago when every major trophy was United’s to lose.

Let’s take a trip back to the 1998/99 season, when Alex Ferguson achieved something truly special…

1 David Beckham was public enemy No1

After his display of petulance against Argentina at the 1998 World Cup, fans across the land turned on Beckham with hateful gusto.

Effegies were hanged and in United’s first away game of the season at West Ham, every touch was greeted with fierce boos. Imagine that these days.

2 Emile Heskey scored the first goal against United that season

Leicester took the lead seven minutes into the season-opener at Old Trafford through their bullish forward. A 90th minute free-kick from Beckham meant United salvaged a 2-2 draw. 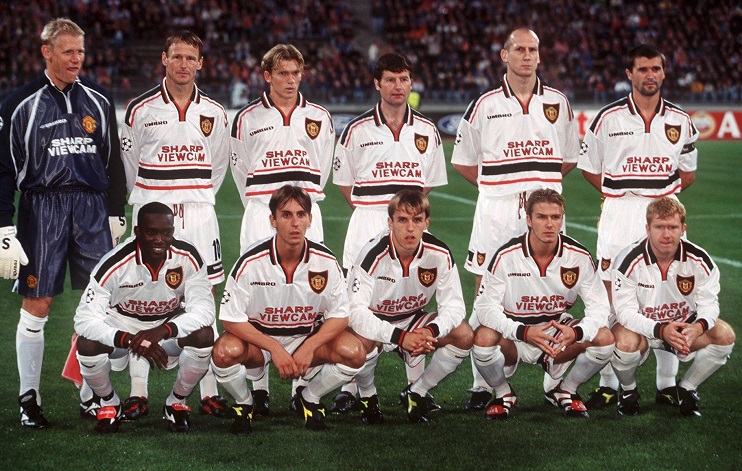 You know about the final (we’ll get to that later) but did you remember that United and Bayern Munich met twice in the group stages of the Champions League?

Teddy Sheringham scored an own goal in the 89th minute to gift Bayern a point in the first meeting. He’d have his redemption a few months later… 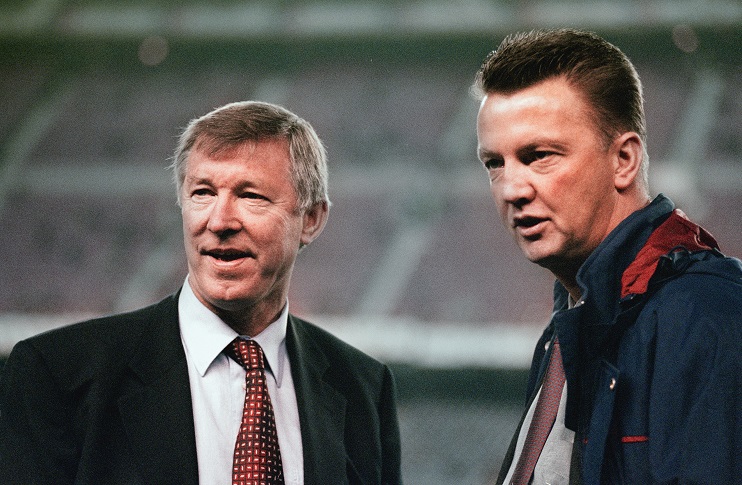 United also had to contend with Louis van Gaal’s Barcelona in the group stages. It finished 3-3 at both Old Trafford and the Nou Camp.

Yorke and Cole did the business in Catalonia and were only denied all three points by a superb brace (free-kick and overhead kick) from Rivaldo.

Yorke, Cole (2), Giggs and Beckham were the scorers in the 5-1 thrashing of Wimbledon but it was young Wesley who earned Fergie’s praises after the final whistle.

6 The baby-faced assassin took no prisoners in Sherwood Forest

United hammered Nottingham Forest 8-1 at the City Ground. Two apiece for Yorke and Cole but it was Ole Gunnar Solskjaer who stole the show.

The Norwegian forward came on as a sub after 72 minutes then scored four goals in ten minutes.

Of the ten shots on target in the game, nine resulted in goals. That’s enough to keep goalkeepers awake for weeks. 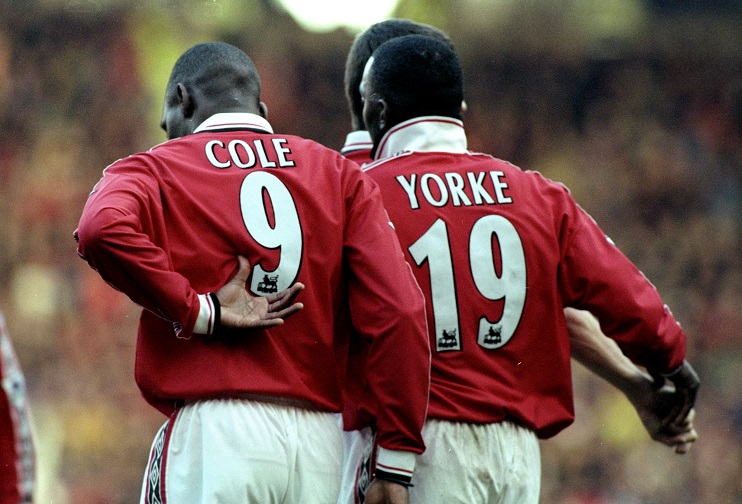 Chelsea had been leading the way but Dwight Yorke’s form was irresistible at the turn on the year. A 1-0 over Charlton courtesy of the Trinidad and Tobago international put The Red Devils top for the first time. 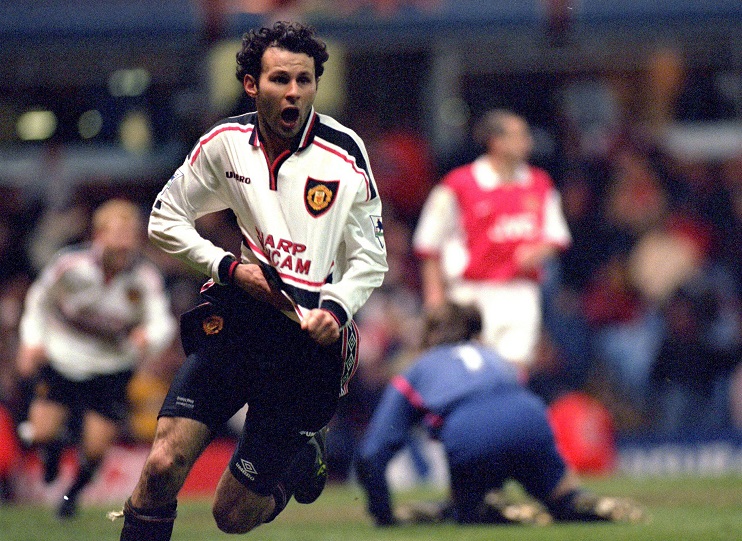 Okay, there’s no way you’ve forgotten this but it’s too good to leave out.

Ryan Giggs scored one of the greatest FA Cup goals ever in a replay with Arsenal, gliding past some top defenders before smashing the ball into the roof of the net. 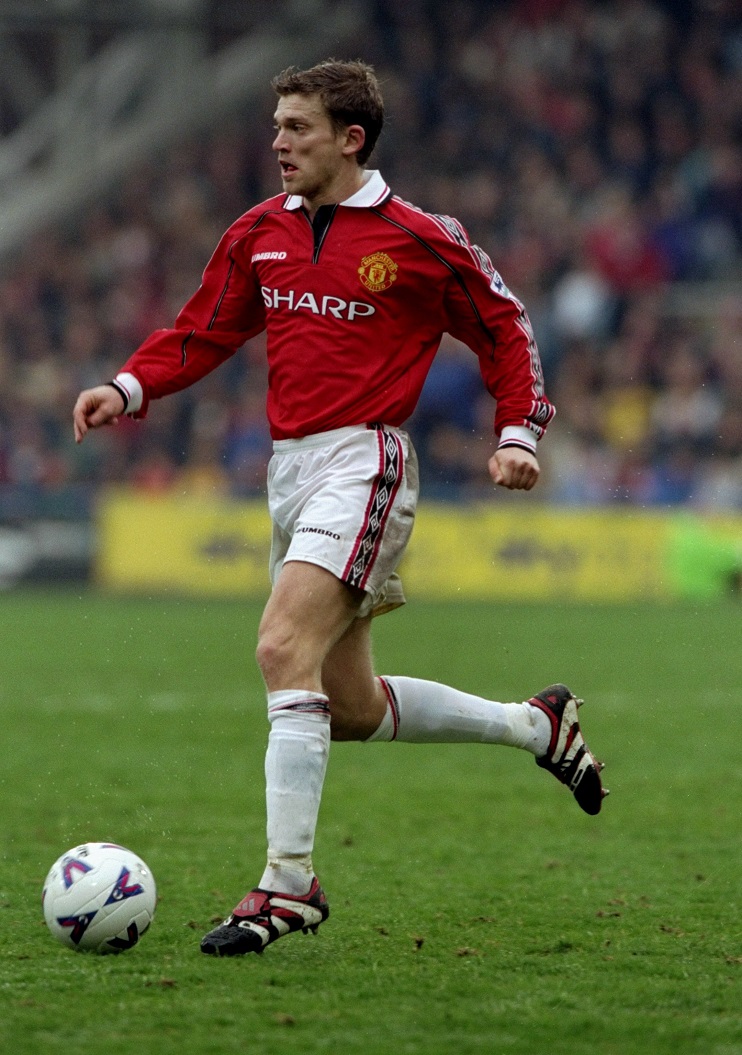 The Swedish winger had just arrived at Old Trafford and he got plenty of games to try and make an impression. He even started the Champions League final.

Blomqvist did alright, but let’s be honest, there’s only one Ryan Giggs.

10 Middlesbrough dished out the only home defeat in the league 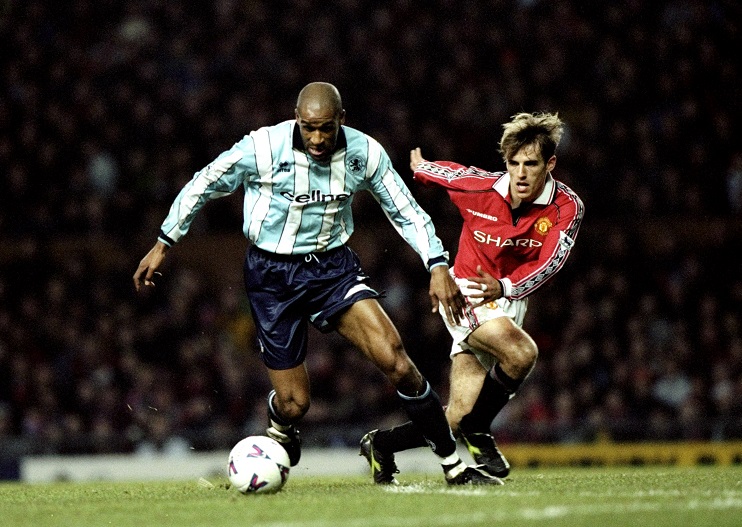 Goals from Nicky Butt and Paul Scholes could not prevent Boro taking all three points with a 3-2 win.

Defeat at Old Trafford was extremely rare back then. Even so, Fergie wasn’t pleased at being done over by one of his former players, Bryan Robson.

The Monopolies and Mergers Commission blocked Rupert Murdoch’s £632million takeover of the club saying that the move would ‘damage the quality of British football’.

Basically, the fear was United would become so dominant it wouldn’t be fun for anyone else.

12 Fergie was knighted and given the freedom of Glasgow 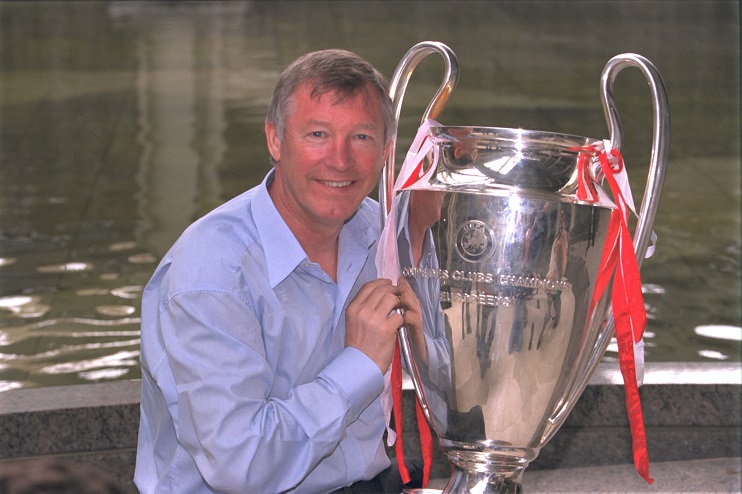 After finishing a point above Arsenal to win the league, beating Newcastle 2-0 in the FA Cup final, and the dramatic 2-1 win in extra time over Bayern Munich, the world was Fergie’s to do with what he wished.

Although, the freedom of Glasgow sounds more like a punishment…

13 Redemption for Beckham as the world recognised his talent 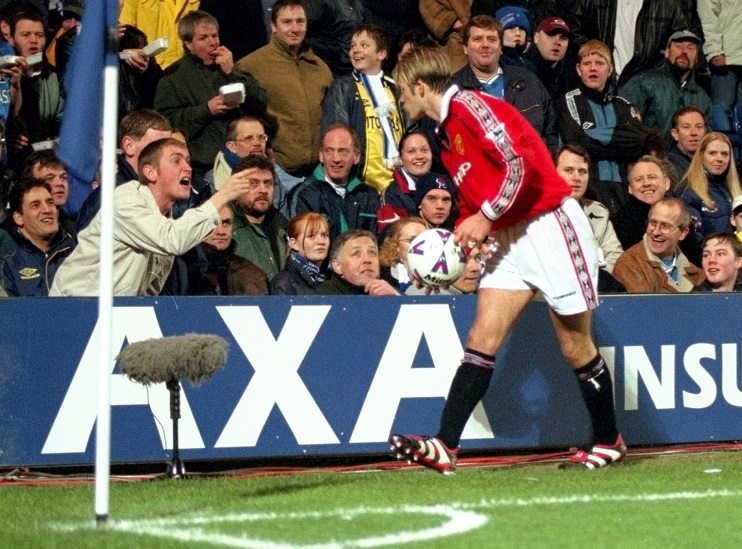 The abuse towards Becks subsided as the season progressed. He famously blew a kiss at a Chelsea fan that was berating him as he prepared to take a corner at Stamford Bridge.

Beckham’s long-range passing, free-kicks and crossing were in a class of their own and he placed second in the World Player of the Year Awards behind Rivaldo.

An astonishing feat achieved by a world-beating side led by a genius tactician.

When, if ever, will we see this happen again?