England have every right to be fearful.

The Three Lions will face what is without a doubt their most important game in years against Colombia.

Gareth Southgate’s men are playing for a place in the World Cup quarter-final, knowing that Switzerland or Sweden would be the opposition if they progress.

Standing in England’s way however are Colombia, a very dangerous side with the players to make everyone stand up and take notice.

Two crucial members in the Colombian side that will face England will actually be familiar faces to fans of the Premier League.

Radamel Falcao and Juan Cuadrado both endured torrid spells in English football, making no impression at all.

They are remembered as flops.

Why Falcao could cause England problems 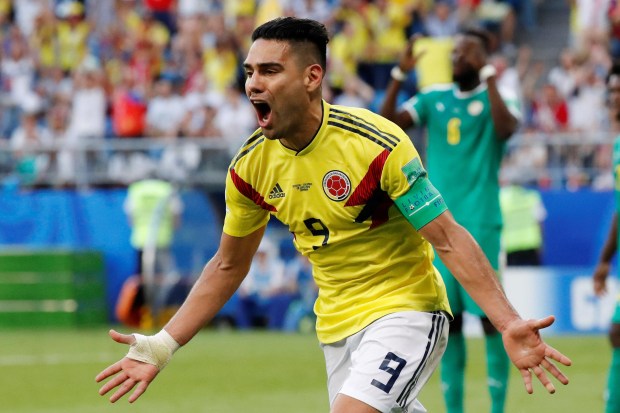 The worry for England however is that both players seem to be a different beast when they are wearing the yellow of Colombia.

Radamel Falcao joined Man United in a deadline-day loan move from Monaco in 2014.

The striker arrived at Old Trafford after Louis van Gaal forked out £6million to get his man for the season.

He shouldn’t have bothered.

Despite arriving with a big reputation and even bigger wages (£265,000 a week), Falcao scored just four goals in 29 appearances in all competitions for the Red Devils.

The difficulties of adapting to the Premier League and the defensive tactics of van Gaal were both major factors in his unforgettable spell.

His torrid time with United was then followed up with a surprising season-long loan move to Premier League rivals Chelsea.

The Blues thought that they could be the ones to finally get the best out of Falcao, however his year at Stamford Bridge went just as everyone expected.

The Colombian scored just once in 12 appearances in all competitions for Chelsea, leading everyone to believe that a cruciate ligament injury sustained in January 2014 meant his best days were behind him.

We were all wrong.

In the two years since his return to Monaco, the forward has been back to his scoring best, firing 30 goals in 43 appearances in all competitions in his first season back.

He followed that up with an equally impressive season last year, scoring 24 times in 36 games.

On top of his untouchable form for Monaco, Falcao is also a legend in Colombia.

He’s the captain of his country and has a respectable 29 goals in 73 appearances, including one in this World Cup against Poland.

Falcao was forced to miss Colombia’s journey to the quarter-finals at the World Cup in 2014 because of injury.

He certainly looks like a man with a point to prove this summer.

Equally as bizarre as Falcao’s plights in England is the fate of Cuadrado in the Premier League.

Just as his countryman did, Cuadrado also endured a torrid spell with Chelsea. What is it about Colombians and Stamford Bridge?

The winger arrived at the Blues from Fiorentina in January 2015 for a hefty £23million. He had just shone alongside James Rodriguez at the 2014 World Cup and much was expected of him.

He failed to deliver.

Mohamed Salah was even used as a makeweight in the deal to bring Cuadrado to Chelsea. Hindsight is a wonderful thing.

The winger played just 15 times for Chelsea and failed to score a single goal in England.

Cuadrado’s time under Jose Mourinho was short-lived before he was swiftly moved back to Italy just six months later.

Since his return to Italy, Cuadrado has been back to the exciting player who we all saw making defenders look silly at the World Cup in 2014.

He has become an important player for Juventus and looks to have fully bounced back from his disappointment at Chelsea.

The Chelsea flop was initially signed on a three-year loan deal, before the Turin club made his move permanent in 2017.

Cudradro has also been one of Colombia’s most important players in recent years.

The winger has 70 caps to his name and has featured in all three of his country’s games in this World Cup, already scoring once.

Why Cuadrado can hurt England 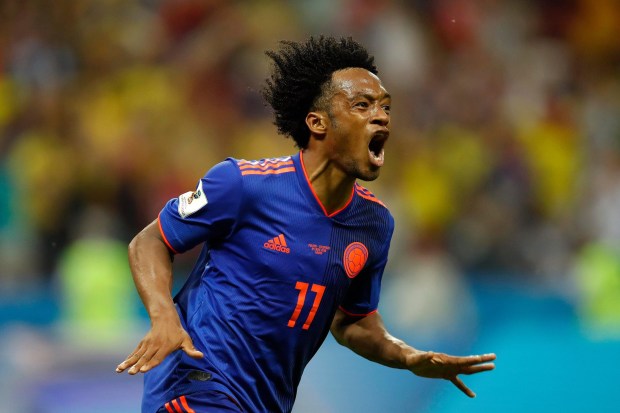 England can’t be fooled by the poor spells both players endured in the Premier League.

Gareth Southgate would have advised his players to prepare for the duo to be at their firing best.

They will have a point to prove against the country where they are remembered as failures.

BACK CUADRADO TO SCORE ANYTIME AT 11/2 WITH SUN BETS