Zlatan Ibrahimovic does what he wants.

The Manchester United striker has disappeared off the map a bit in the last six months since that horror knee injury last April.

He’s still a looming presence though, ready to help reignite United’s title challenge when he returns from injury around Christmas time.

But after Sweden qualified for next summer’s World Cup with a dramatic play-off victory over Italy, everyone is asking Ibrahimovic the same question.

Would he consider coming out of retirement to represent his country for a final swansong on the biggest stage of all?

Zlatan officially hung up his international boots after Euro 2016, when Sweden crashed out in the group stages.

What are the odds on Zlatan Ibrahimovic playing for Sweden at the World Cup?

You can get 5/1 with Sun Bets for Ibrahimovic to do a dramatic u-turn on his international retirement to play in Russia next summer.

BET NOW: 5/1 for Zlatan Ibrahimovic to play at the World Cup in Russia

Could Zlatan play at the World Cup? 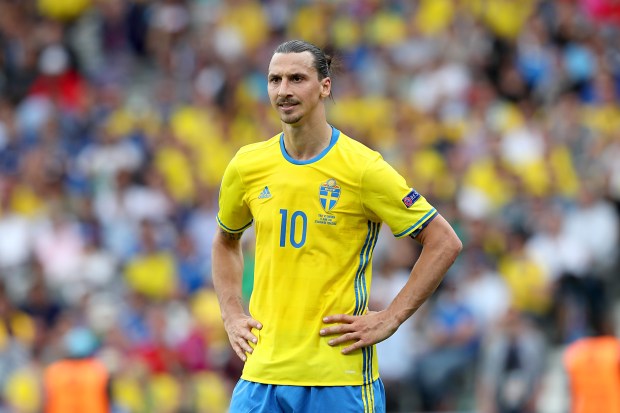 But there’s a reason why it’s still an outside chance of happening.

Despite Ibrahimovic dropping hints of a return to the fold with his typically entitled congratulatory tweet to his former team-mates, the Sweden manager Janne Andersson isn’t exactly his biggest fan.

After they clinched their spot in Russia following a 0-0 second leg draw in Milan, Andersson was immediately questioned about the prospect of a return for Ibrahimovic.

And it royally cheesed him off.

He said: “This is incredible! This player [Ibrahimovic] has just stopped to play with Sweden one year and a half ago and we are still here talking about him.

“Gosh, we need to talk about the great players we have in this team I believe.”

But, as always in football, you can never say never.

BET NOW: 5/1 for Zlatan Ibrahimovic to play at the World Cup in Russia